Top 5 Cryptocurrencies to Watch Out in April 2021 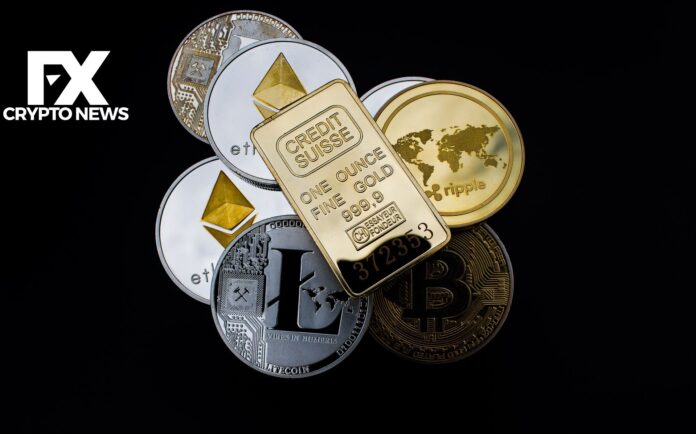 This year has been explosive for the cryptocurrency market and last month’s movement ended bullishly. Despite the nearly $100 million loss when Bitcoin price fell to $56,000 on Thursday. The Current total market cap is roughly the same as it was weeks ago.

That being said, we’ll be looking at the top 5 cryptocurrencies to keep an eye on over the coming weeks.

Needless to say, for the most part, the market will follow wherever Bitcoin goes. While exchange rates may not be the same, BTC determines the market direction of most current bull markets.

Last week we saw a big announcement from Tesla – a major electric car maker announced that users can now use BTC to pay Tesla. Elon Musk tweeted and the market rose.

Unfortunately, the gains were unsustainable and soon after that, BTC collapsed and dropped to around $50,000. This is where it is gaining solid support and starting to rise as it is currently trading at around $59,000.

The next item we will focus on is Cardano’s ADA. It has been the best performer in the past two months. Now a lot of people claim that the ADA boom is purely speculative because Cardano lacks smart contracting capabilities yet.

Cardano founder Charles Hoskinson personally disproved Cardano’s lack of justification, outlining the many partnerships they had forged and the solid foundation on which the agreement was peer-reviewed. He also suggested a schedule for a test network that would allow users to create and deploy smart contracts on Cardano.

Taking into account all of the above, the price is the same as a week ago. However, it fell to $1.06 and rebounded quickly and decisively. In the past few days, ADA has been consolidating and it is interesting to see the direction of the next breakout.

Binance Coin made headlines this year, making some absolutely impressive profits that have soared to around $350.

In the past few weeks, the cryptocurrency has been trading between $290 and $240. but currently around $315. With one exception, which has happened so far this Thursday, this is the standard practice of the BNB.

However, if the historical record can detect this, then the cryptocurrency actually does not want to trade in a certain area for a long time. In other words, the breakthrough could happen soon.

Similarly, the first quarter of 2021 is about to start burning, which can act as a catalyst. Volatility has been particularly high in recent months and Binance is likely to have substantial income. This means the burn can be severe. Reducing the supply of the third-largest cryptocurrency by market capitalization seems like a real thing that will happen in early April.

In addition, the Binance Smart Chain is showing no signs of slowing down. Since BNB is the basic cryptocurrency for users to trade, it creates additional demand.

According to DeFi Pulse, Uniswap is currently the leading decentralized exchange and automated market maker with the highest value at the time of writing.

The governance token (which was dropped on the stock exchange last year) is currently trading at $29.7, which means the 400 UNI tokens most people receive are currently worth nearly $12,000.

In the past 7 days, UNI has fallen in value from around $32. However, on March 24th, we first saw the long-awaited Uniswap v3 specs. This is a core update that aims to make DEX the most flexible and capital-efficient automated market maker.

The starting target of the first layer of the Ethereum mainnet is May 5th. L2 deployment is coming soon for Optimism. This is definitely a huge milestone for the project, and it should come as no surprise if it shows up in its overall rating.

Solana proposed a scalable blockchain infrastructure that has a large number of transactions per second and very low transaction fees.

Compared to Ethereum’s high fees and slow transaction processing, many people are looking for alternatives that usually fall on Solana. This could be the reason why it becomes one of the most popular projects in 2021. In terms of price, the native SOL token is one of the top-performing tokens in 2021.

On January 1st, the price for trading cryptocurrencies was approximately $0.55. The current price is $19.5. As a result, the total return is close to 3,200%. It shows no signs of slowing down and with the excitement of DeFi and NFT, it’s definitely worth watching.