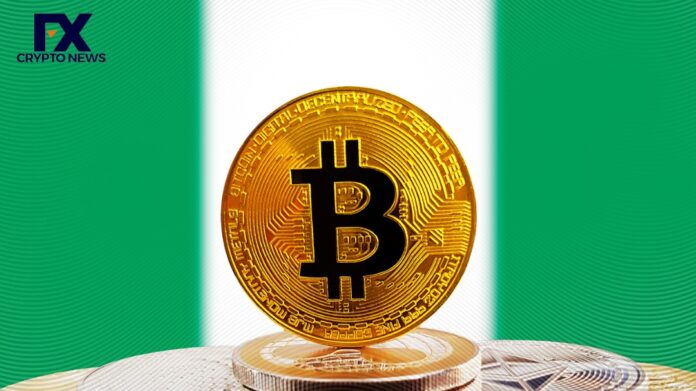 Bitcoin adoption in Nigeria has taken another positive turn as peer-to-peer trading volume surpassed $1 billion between January 2022 and June 2022. This development ranks the West African country as one of the fastest-growing crypto markets in Sub-Saharan Africa.

According to Paxful, a leading P2P crypto exchange platform, Nigeria recorded a trading volume of $400 million in the first half of 2022, combined with $760 million in 2021. This data shows that the fifth world’s most populous country was among Paxful’s most critical global markets.

Recall that Nigeria’s apex bank, the Central Bank of Nigeria, gave a directive to all commercial banks operating in the country to close all accounts involved in crypto transactions. One would think that the government’s heavy regulation of Bitcoin and other crypto assets would reduce its impact. Yet, the peer-to-peer volume has thrived.

According to Paxful’s comment to a media publication, the reasons behind the surge of African P2P volume were a direct result of the lack of financial services across the continent, which left Bitcoin as the only option for the people.

“For a market like Africa, where many people are underbanked and financial institutions are not as easily accessible, P2P finance provides an opportunity for financial inclusion. For example, there’s been an explosion in Bitcoin adoption in Nigeria due to a multitude of factors: a 33% unemployment rate, an unbanked population of 38 million adults, a young and entrepreneurial community (over 75% of its population is under 35), and financial instability — such as volatility around the Naira.”

On the other hand, countries like Ghana and Kenya contributed significantly to the crypto platform’s high Bitcoin P2P trading volumes. Paxful’s data showed that Kenya is the second largest market in Africa and fifth in the world, with a registered volume of over $200 million in 2021 and $125 million in the first half of 2022. The exchange hoped the trade volume in Kenya would grow by 25% in 2022.

“There are more and more African users remitting money over the years — the total remittance user base (users trading in multiple currencies) on Paxful grew by nearly 140% in Kenya and over 115% in Ghana in 2021. In 2021, Ghana experienced a yearly growth of 95% in trade volume.”

The Central African Republic recently came into the spotlight as the first African nation to adopt Bitcoin as a legal tender. However, its adoption remains in theory because of the country’s inability to create a progressive monetary policy for digital assets. In addition, Paxful noted that CAR’s trade volume is unremarkable compared to the rest of its African counterparts.

Read more: Nigeria Tops the List as Most Cryptocurrency-Obsessed Nation Despite Market Crash.