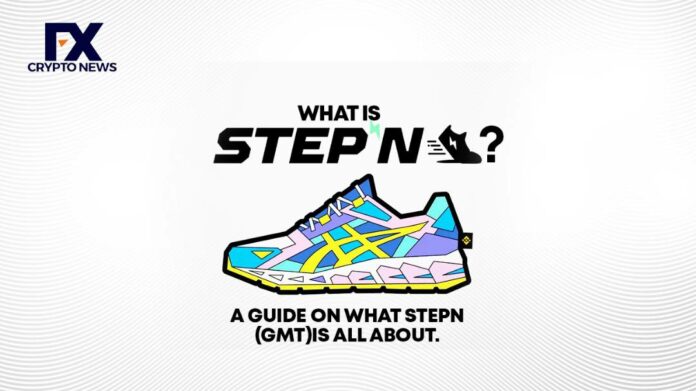 The evolution of crypto unfolded excellently, creating an avenue for several projects with or without a solid use-case to venture into the space. This got people thinking about how can a real-life problem be solved by creating a concept that will be beneficial monetarily and physically.

The introduction of Web3 significantly influenced how well to use cryptocurrency and the problem it can solve. It is essential to understand what web3 represents to grasp what STEPN means.

Web3 is the 3rd generation of advanced worldwide technology where an internet version of something can translate into a human-centered personalized performance.

STEPN is a Web3 Solana blockchain-based lifestyle project with built-in GameFi and SocialFi characteristics. The move2earn app STEPN debuted in December 2021 and had a grand launch. In essence, the software seeks to promote healthier lifestyle choices while reducing user carbon emissions.

An Introduction to STEPN

The launch of STEPN came with a lot of hype. For one thing, it was the first blockchain-based social network to integrate with SocialFi and GameFi. It also had a lot to offer users looking for ways to get more from their lives. The app allows users to earn rewards for taking steps or burning calories, converting them into GST tokens that can be used in-app.

Who are the Founders of the Projects?

The project is conceptualized by two prominent blockchain enthusiasts – Jerry Hong and Yawn Rong. STEPN is a project of Find Satoshi Lab, which the two co-founders own. The two entrepreneurs have extensive experience in the blockchain space and have founded several startups.

How Does it Work?

STEPN works in a fantastic way that makes users want to utilize it. There’s an NFT representation of sneakers readily available in the app store, which users wear digitally and generates earnings in (GST) while doing that.

Walking/Running: The average person walks about 2 miles per day. So if this is what any individual does most often–or even a little–users can earn extra tokens.

STEPN has some features and updates, which are listed below:

Mobile App: This application is available on the iOS Play Store and Google Play Store; however, restriction to some countries is still a worry.

Move-2-Earn: STEPN is the first-ever launch project which rewards users for moving around. Users can equip themselves with the sneakers NFT that enables them to garner tokens during outdoor walks or runs.

Sneaker Rentage System: The app offers several sneakers for rent, where owners and users can split their earnings with each other.

Marketplace (NFT): An NFT marketplace is readily available for users to trade their NFT sneakers.

Decentralized Wallet (In-app): This feature enables users to make deposits and send cryptocurrencies into their wallets to fund their spending accounts on the app.

Swap (In-app): Users can swap the coins earned into other available cryptocurrencies.

Health Points: STEPN recently updated its app with “STEPN Around The World: Sneaker Enhancement Special,” which coincides with this year’s International football competition. The in-app events were to celebrate users across the world.

Giveaways: One of the updates was released a few days ago about how to redeem a one-month membership on MOOAR. The requirement is for STEPN app users to reach a 500 energy level.

How can Crypto Investors use STEPN (GMT)?

There are a series of ways an investor can make use of STPEN (GMT). Investors can trade coins on several popular exchanges or through the STEPN app, and its unique features should pave the way for a convincing investment.

The project is the first-ever NFT game with a feature of a move2earn that rewards users for walking around or engaging in any physical activities.

How Many GMT Tokens are in Circulation?

GMT has a live market cap of $231,196,535 with a max supply of 6 Billion and an approximate amount of 600 Million GMT tokens in circulation.

How Secure is GMT Token?

GMT token is a Solana-based project that hasn’t seen any crypto attacks lately. The crypto space has recently seen some uncertainty and backlash, but it all comes down to a prospective investor’s goal and objectives. Before deciding, it’s advisable to scour the market with a clear vision of what the project is supposed to accomplish.

With that said, STEPN is a fantastic project that should be worth a prospective investor’s time in deciding on your investment and financial goals. The investment can be worthwhile if an investor’s objectives align with the app’s mission. If the response is no, you should reconsider investing any hard-earned money in something of such.

Where can you buy GMT Tokens?

After the project’s launch, several exchanges were quick to list it. Among the exchanges where GMT can be traded are Binance, Kucoin, OKX, Gate.io, MEXC, Kraken, and others. There are also other DEXes where trading can take place.

Is GMT a good investment?

Yes, it is. How good can it get to invest in a move2earn project? It pays to walk.

Does GMT have a future?

Yes, it does. As long as its use-case aligns with rewarding people while keeping fit and healthy, it’s a futuristic project.