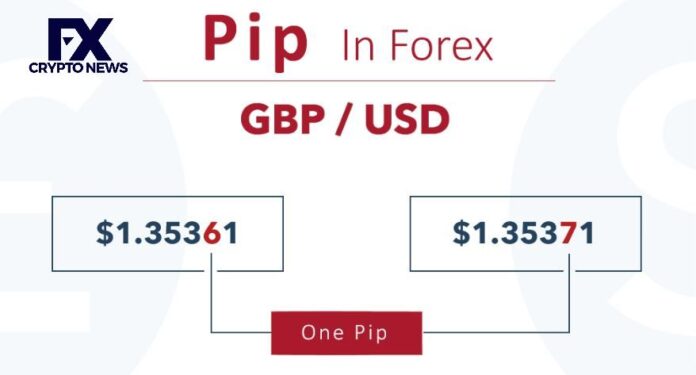 The concept of PIP in Forex is a basic one but its understanding and recognizing its importance will make any Forex trader on the market formidable.  A Pip, which actually stands for Percentage in Point or Price interest is the unit of measure by which changes in the exchange rate of currencies are expressed. It is a price move in the exchange rate of a given currency based on Forex market convention.

The pip is usually the last number in the price quote in Forex. Most pairs are usually spread out to four decimal places. An exception to this is the Japanese Yen. Unlike the others, the Yen spreads out to only 2 decimal places so a pip for the JPY will be represented by a single digit change in the second decimal place in the forex quote.

There is another unit that can be found in a Forex pair. It is usually at the top of the quote in superscript. That is referred to as a pipette and it is a fraction of a pip, a one-tenth of a pip.

The monetary value of each pip depends on three factors:

Based on these factors, the fluctuation of even a single pip can have a significant impact on the value of the open position. Determining the monetary value of a pip is dependent on three factors:

The formula for calculating the value of one pip is simply:

Let’s say a trade was made on the market with the EUR/USD pair at a £10 million position which was closed at 1.1901 with a profit of 5 pips made on it.

Remember, as previously stated, the value of the pip will always be expressed in the value of the quote currency. To calculate your profit in Euros, you will divide the profit by the exchange rate which according to this scenario is 1.1901. Thus, the profit will be; $5000/1.1901 = £4201.32.

With this understanding, it’ll be easier for you to start off as a trader even as you take cognizance of all other criteria mentioned in the guide.