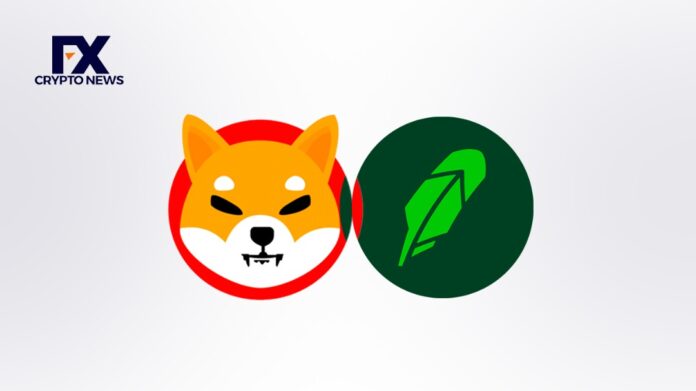 Shiba Inu currently stands as one of the top coins in the cryptocurrency market with a large community that is working round the clock to ensure it grows in value. Furthermore, the “dogecoin killer” was recently listed on the commission-free trading and investing app, Robinhood.

Another Twitter user @RobertSteptoe15 felt that the reason for the poor sales of Shiba Inu on Robinhood was because Shiba investors were dominant on other platforms and Robinhood was slow to capture them. Evidently, Ethereum whales are constantly accumulating SHIBS in their wallets.

“It’s because most crypto investors. Have already invested in Shiba inu on some other platform and it shows. You snooze you lose. The early bird gets the worm and Robin Hood showed up late.

(It is what it is. next time they’ll listen to a community such as strong as ours). 💪💪”

Robinhood investors have long requested the brokerage allow SHIB to be traded, and a Change.org petition started last year has seen more than 550,000 signatories in favour of the move. The actions of the Shiba Inu community and Robinhood investors to include SHIB paid off last week when the platform listed the memecoin for investors to trade with.

Consequently, the value of Shiba Inu (SHIB) has received a positive surge due to the listing announcement. According to data from CoinMarketCap, Shib prices grew by 7% within an hour, outperforming a significant portion of the market despite the current bearish trend.

The listing with Robinhood is also huge as Shiba Inu becomes the second memecoin listed on the trading platform alongside Dogecoin’s DOGE.