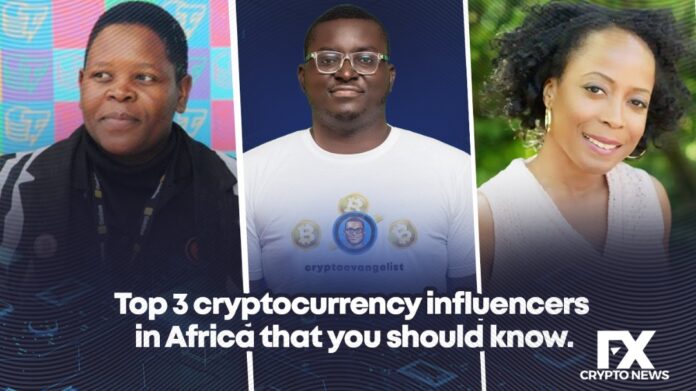 Everything involving money transfer from one location to another may become obsolete as the world transitions to cryptocurrency for a digital economy.

This digital currency is changing the narrative in the financial world, and those with unique personalities are not being left behind. The majority of the work for other currencies, such as the US dollar, is handled by blockchain.

According to a recent study, over 10,000 different cryptocurrencies exist, with an estimated value of $1.7 trillion. Bitcoin (BTC), Tether (USDT), Binance Coin (BNB), and Dogecoin (DOGE) are some of the most popular cryptocurrencies in terms of market capitalization.

Social media is a popular venue for cryptocurrency influencers to express their views. As a result, they could give the public a complete picture of the blockchain industry’s value using social media.

Alakanani, also known as “The Bitcoin Lady,” significantly impacts the African cryptocurrency market. She discovered Bitcoin as a way to receive donations from people worldwide after being inspired by a bad life event.

As a result, Alakanani’s journey began, and she became one of the country’s first bitcoin advocates.

As a qualified instructor, she has adapted her teaching skills from traditional subjects to cryptocurrency.

Satoshicentre, based in Gaborone, is a blockchain hub where she works with engineers to spread the word about bitcoin and blockchain technology while also assisting Africans with the challenges they face daily.

Olayinka is a highly regarded financial services risk management expert and well-known attorney worldwide specialising in blockchain, crypto, and new technologies. She is one of Africa’s top blockchain influencers.

During her 15-year career, she has assisted numerous financial institutions in complying with various national and international regulations.

Olayinka has a master’s degree in cybersecurity management and policy, which she uses to help financial institutions and the blockchain ecosystem.

Mr Olowoporoku Adeniyi, popularly known as the crypto evangelist, is a cryptocurrency lover who believes in its potential to transform our everyday lives.

A microbiologist by discipline, his love for crypto began in 2017 during the mandatory National Youth Service Corp program held for university graduates in Nigeria.

This led to his quest to understand how crypto works and apply it to become a content creator. Since then, he has worked with several crypto-native media platforms, including BTCManager, Blockman, and Cryptoknowmics.

Adopting the moniker of the crypto evangelist, Adeniyi has been able to build a community of followers and gained authority in the Nigerian crypto space.

He currently owns a digital marketing agency which helps crypto startups and projects scale their products.

Above all, it is obvious that aligning with and utilizing the most recent civilization is the best way to capitalize on opportunities. As time passes, cryptocurrency will continue to open up new doors for individuals and businesses worldwide.