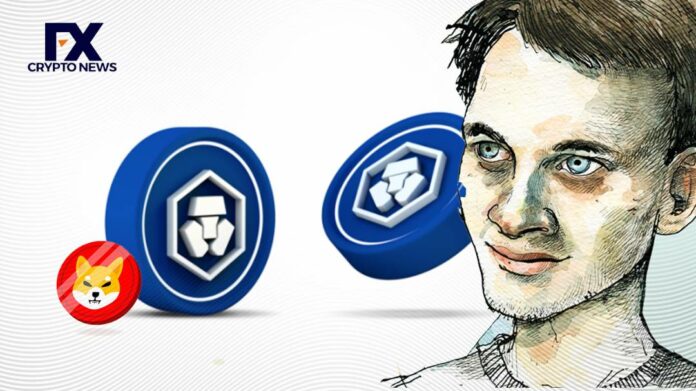 Vitalik Buterin’s remarks regarding Shiba Inus at the most recent LABITCONF conference have elicited varying responses from SHIB supporters.  Some criticise the co-founder of Ethereum for his views.

Lucie, a prominent Shiba Inu advocate, and other SHIB supporters have spoken out against Vitalik Buterin, the co-founder of Ethereum, over his comments regarding Shiba Inus at the most recent LABITCONF conference. Others, though, think the Ethereum co-founder’s statement was simply misinterpreted and that he did not want to offend anyone.

Amid the FTX controversy, Buterin was observed at the most recent Latin American Bitcoin and Blockchain Conference (LABITCONF) 2022, which was hosted in Buenos Aires, Argentina. During the conference, Buterin was questioned about the 20% Shiba Inu holdings in the reserves of Singapore-based exchange Crypto.com.

According to a report, Crypto.com has around 20% of its reserves in Shiba Inu, which corresponds to 32 trillion SHIB and is worth more than $500 million. This is higher than Ethereum, which the exchange has on hand and is worth $485.9 million.

Buterin arched an eyebrow in answer to a query about Shiba Inu being held as a reserve by Crypto.com, showing his disbelief at the information. “Wow! 20% in Shiba Inu. That is. . . impressive,”

Buterin arched an eyebrow in answer to a query about Shiba Inu being held as a reserve by Crypto.com, showing his disbelief at the information. “Wow! Shiba Inu make up 20%. Impressive, he responded. Buterin made it clear that he is impressed that Shiba Inu still has a market cap of up to $6 billion.

In light of Buterin’s cordial connection with the project, the SHIB community has voiced their opinions. Ryoshi, the founder of Shiba Inu who went unidentified, asserted that he gave Buterin over 50% of the asset’s supply. Buterin donated the remaining 10% to charity while burning 90% of the SHIB in his portfolio in May of last year.

According to a report in July, Buterin thanked the Shiba Inu team for helping to make the AI Existential Safety Fellowship a success. He also expressed his gratitude to the Shiba community for aiding the Balvi project in September.

The latest FTX scandal has not spared SHIB; in fact, it seems to have lost 12% of its value in the past week.