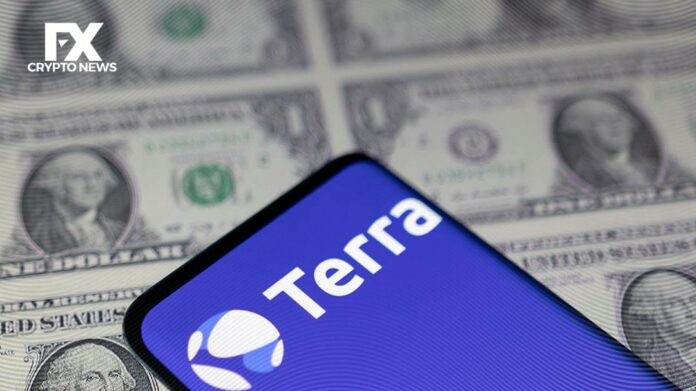 At the height of LUNC development, the Terra Classic network was hailed as the next step in blockchain technology, promising to deliver decentralized money to the decentralized finance industry at scale. The market capitalization of TerraClassicUSD (USTC) increased by billions after over $100 was paid for every Terra Luna Classic (LUNC) coin.

But everything collapsed in May when USTC de-pegged. Now, neither is worth more than a penny. Since then, the community has taken control of the chain, and despite all the odds, they want to find a way to get better. For many community members, LUNC recovering the $1 pricing threshold is a remarkable accomplishment and highly doable. At least, such was the story promoted by influencers when the community took control of the chain.

Read more: Terra Classic Now at $1B Market Cap Thanks to Binance; LUNC Up 15%

A Strong Argument For LUNC And Its Challenges

It is important to note that such profits are frequent in the cryptocurrency markets. For instance, Shiba Inu experienced a staggering annual gain of 45,000,000% in 2021, thanks mostly to its massive social media following, exchange listings, and the development of a decentralized exchange, all of which were backed by a very optimistic crypto market atmosphere.

With a 1 quadrillion supply, the meme currency accomplished this. In contrast, the supply of LUNC is only around 6 trillion.

With its substantial social media following and developers who have plainly stated a focus on utility, one could argue that LUNC is in a better position. However, the path to such a dramatic price run is challenging.

The question then becomes, how can LUNC attract more users?

Real-world utility holds the key for developers. For some users, the solution is more burns, which will draw in more users by promising them more in the future.

It’s important to note that the latter might turn LUNC into a meme coin.  if it first succeeds, after the bubble bursts like other meme currencies before it, it will probably experience a subsequent significant price decrease. However, real-world use cases will probably guarantee the chain’s longevity regardless of price.

The core developer of Terra Classic, Tobias Andersen, AKA Zaradar, and a member of Terra Rebels, recently asserted that limiting the supply of LUNC is as simple as encouraging economic activity on-chain, reenabling swaps, and reducing burn fees.

Rex Harrison, also known as Rexzy, developer of a different group called TerraCVita contends that the community may have to completely do away with the burn tax parameter because a slew of decentralised apps running on the chain and competing for market advantage are likely to burn more than any tax. In order to further his case, Rexzy points out that the majority of LUNC burns are motivated by altruism rather than the on-chain tax, which he claims deters whales from doing on-chain transactions and discourages app developers.

For clarity, out of the 35 billion LUNC that the community has burned overall, Binance has burned over 20 billion. More than 57% of LUNC burns are represented by it. In contrast, fewer than 30% of the entire burns have been caused by the on-chain tax, which has only burned 10 billion LUNC.

However, if recent plans and protests are any indications, the community appears committed to keeping the on-chain tax and raising it once again to 1.2%. Despite the fact that it has only been a few months, it appears that community members are growing impatient with developers and their promises of utility.

Several LUNC and USTC owners suffered significant financial losses as a result of the ecosystem collapse. It is therefore not unexpected that they are impatient for outcomes. Nevertheless, rebuilding takes time, as network validator David Goebelt noted in a recent study.

According to TerRarity data, if all of the token’s supply were to come through burns alone, it would take more than 50 years for the token to reach the necessary level of the $1 price mark. It should be noted that this ignores other market influences and presupposes that volume and market cap won’t change.

One of the numerous issues the community is currently facing is a fragmented vision of the ideal course for healing. In addition, many developer groups and influencers have greatly divided the Terra Classic community.

However, the network has yet to come up with an efficient and long-term method of funding development, and developers are unlikely to work for free indefinitely.

The Terra Rebels have already decided to upgrade from the v23 model to a paid working model. Meanwhile, there is strong scepticism about the concept of minting additional tokens from token burns for the community pool to finance development.

The network is at a crucial juncture in its evolution as it is ready to reopen the Inter Blockchain Communication channels and catch up to LUNAv2 in terms of technology with the v23 update. DApps like the Terra Rebels Moonshot and the Terra Casino, which have all contributed to LUNC burns, are already starting to flood the industry.

However, a precipitous LUNC price increase may or may not happen depending on how they handle their complex challenges.