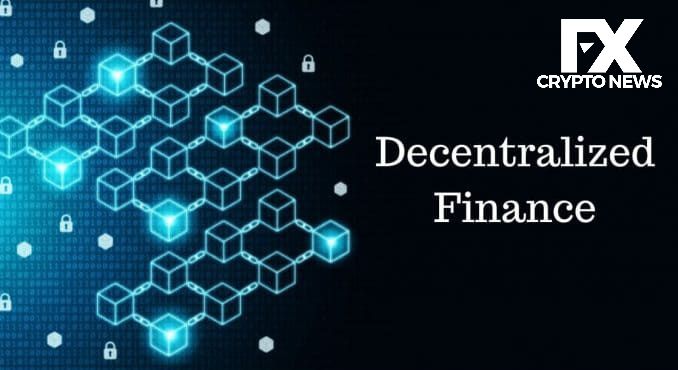 Given the relevance that decentralized finance, known as DeFi, has had during 2020, at FXCryptoNews we have prepared a special dedicated to the most successful projects. DeFi burst onto the market in 2017, but it wasn’t until mid-2020 that they started to take off strongly and grow in value and liquidity.

The attraction that DeFi protocols generate in users and investors is related to their ability to generate great wealth. In the midst of this year’s global crisis and pandemic, users saw great opportunities to generate profits and grow their funds. It should not be forgotten that great opportunities are often not without risk. So while users and investors can make a lot of money with DeFi apps, they can also lose it all.

Defi projects, the madness and frenzy of 2020

The success of decentralized projects is due to the wide range of sectors and industries where they have proliferated. DeFi has spread throughout the financial industry value chain. There are DEX or decentralized exchanges, payment networks, different types of financial services, investment engines, in the so-called liquidity pools and in many more products. DeFi is arguably a growing trend, but it also has its edges.

In 2020, many users and investors have seen their money disappear due to numerous hacks and scams, but despite all the risks, the sector has not stopped growing disproportionately. And not only in investors and liquidity but also in the number of developers who are now interested in these ecosystems.

Among the most successful and sensational DeFi projects in 2020 are Yearn Finance, Uniswap, Chainlink, SushiSwap, Aave and Maker. Although, of course, there are many other interesting projects as well.

One of the most acclaimed DeFi protocols has been Yearn Finance. In addition to being the first protocol to far exceed the unit price of bitcoin, it has also gained a lot of popularity for its recent mergers with other DeFi protocols.

Yearn Finance was born in 2020 as a decentralized protocol to offer and guarantee easy access to financial services. Especially for those users who are isolated from the traditional financial system. This protocol allows funds to be moved automatically between various other projects and decentralized platforms, in which users can invest in stablecoins.

This new method of generating profits in a decentralized way is known as yield farming , or yield farming. A method that has been quite effective to grow investments in a short time. Causing much of the frenzy in DeFi today.

A curious fact about Yearn Finance is that its creator, Andre Cronje, announced at its launch that his token had no financial value. Stating that it was only a token for voting purposes for users to exercise governance over the development of the project.

Uniswap, the unicorn of decentralized finance

When we talk about unicorns it is impossible not to think of mythological creatures that are a simple fantasy. Well, the DeFi Uniswap is a reality and a great opportunity to generate high returns for investors, traders and users.

Uniswap is a DEX or a decentralized exchange that is gaining popularity for the way it works. Uniswap is a completely autonomous and decentralized system, designed for the provision of automated liquidity in Ethereum.

It integrates a large number of ERC-20 tokens and allows the exchange of these within its protocol without intermediaries. Thus ensuring direct negotiation between the parties, quickly and efficiently. In this way, Uniswap is able to create large pools of cryptocurrencies, which when exchanged are capable of generating high profits, both for liquidity providers and for the platform itself.

Likewise, Uniswap integrates a governance token UNI, with which users exercise control over the development of the platform. Uniswap has a total liquidity of 2 billion dollars; though it was the first protocol to break the $3 billion mark in DeFi.

Chainlink, the bridge that connects the real world with blockchain

This project, which was born in 2017, aims to connect real-world data with blockchains. To achieve this, it uses the famous decentralized oracles in blockchain. Chainlink is recognized as one of the veterans in DeFi, thanks to its ability to capture and verify information from the real world. And transmit it to the digital world through smart contracts. Its potential as an intermediary is what is gaining popularity and demand.

Many of the most popular DeFi protocols, such as Aave, Synthetix and Yearn Finance, use oracles based on Chainlink to enhance the decentralization of their projects and guarantee safe and reliable data to their users and investors.

During 2020, Chainlink’s LINK token experienced a growth of more than 600%, going from being worth about $2 USD at the beginning of the year, to more than $17 USD as at press time.

SushiSwap, the “vampire” of DeFi

SushiSwap is known as the vampire of the DeFi ecosystems. This decentralized protocol is also a DEX, arising from the concept of the Uniswap protocol.

Like Uniswap, it is also a decentralized and open source protocol. In fact, any developer can use it to develop the same protocol or as a basis for its design, as was the case with SushiSwap.

Similar to Uniswap, SushiSwap provides an automated market maker (AMM) for the exchange of tokens without intermediaries. But because this decentralized protocol offered higher rewards than Uniswap and had governance token, it made it possible for Uniswap users to migrate almost 80% of Uniswap’s total liquidity to their protocol.

This situation became known as ” Vampire Attack ” or ” Vampire Mining “, as it was as if it literally bled Uniswap to death in a very few days. However, Uniswap developers came up with new ways to attract investors again with the launch of its token UNI which stemmed the bleeding from its protocol. SushiSwap is positioned below Uniswap, with a total liquidity of 1.08 billion dollars.

One of the biggest advantages of DeFi is the potential it offers users to access traditional financial products, but in a decentralized way and this is what Aave offers.

Aave is a liquidity protocol, open source and without custody, which was designed so that users could earn interest on deposits, providing liquidity to the project, and managing asset loans. This protocol enables the so-called flash loan or flash loans, where users can request or apply for loans instantly and easily, without the need for collateral.

Aave has gained huge popularity this year and is one of the first DeFi protocols to be licensed for an Electronic Money Institution (EMI) by the UK Financial Conduct Authority. With this license, this decentralized protocol can expand your services and attract potential new investors to your platform.

Through its LEND token, Aave puts governance in the hands of users and investors. In addition, it has a reward program for errors and audits, which guarantee the security of the protocol, ensuring the funds of the users. At press time, Aave had liquidity of 1.7 billion dollars, with a growth of 70% in the last month, with an impressive advance of more than 700 million dollars.

Maker, the loan protocol that rises from the ashes

This decentralized protocol, designed to control the issuance of the DAI stablecoin, was and remains one of the largest DeFi projects in the digital industry. Maker’s development began in 2015, but its true potential wasn’t known until 2017, when its whitepaper and DAI, the world’s first decentralized, fair-minded, stablecoin was born.

The birth of this protocol opened the doors to many financial opportunities on blockchain. it allowed users and holders of Ether (ETH) to lock their funds into DAI, a stablecoin that is pegged to the US dollar, to help users protect themselves from the volatility of digital markets.

Maker uses smart contracts to provide decentralized loans to its users and freeze the borrower’s collateral. And although it was considered an icon of decentralized systems long before the DeFi boom, this year it was heavily displaced by Uniswap, in terms of capitalization and liquidity. Nonetheless, Maker is regaining its position and again ranks first as the most liquid project in DeFi.

At press time, Maker has a total deposited value of $ 4.2billion, reflecting a growth of more than 135% in the last two months. This protocol currently maintains around 18% dominance in the DeFi markets.

Other DeFi protocols that attract interest

Other DeFi projects also known and valued in decentralized ecosystems are Compound, Curve and Synthetix. With a total liquidity of $2.5 billion, $1.8 billion and $1.826 billion, respectively, these protocols are also major players in DeFi.

The potential of DeFi projects is attracting more and more investors, who see these platforms as a unique opportunity to grow their investments.