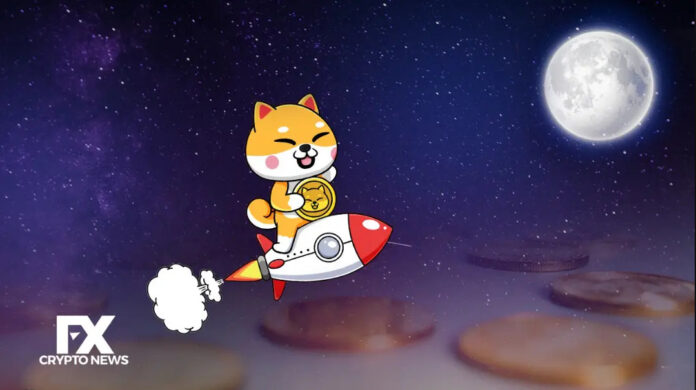 For some time, the crypto world has been anticipating the release of the BabyDoge swap facility, which can alter the coin’s market picture. BabyDoge became a knockoff of the popular Dogecoin (DOGE), a meme coin that has emerged as the father of the meme world in recent years.

The BabyDoge developer team recently assured the community that it would establish a testnet on BSC. Now is the time for the launch, which has already occurred. The squad announced the wonderful news on their official Twitter account. The release also contained instructions for minting free BabyDoge coins.

Read also: Shiba Inu Creates A Frenzy As It Surges By 30%, Overtakes Avalanche

What the Testnet Will Bring

The BabyDoge testnet on BSC includes a few key features that will benefit the coin’s ecosystem. DeFi functionality, staking, and increased decentralization are among them. The swap protocol will also allow for fee-free trades. At the time of writing, the meme coin was trading at roughly $0.0000000016 and was ranked 231 in the charts.

The Fanbase Is Growing

Previously, the developer team revealed that the number of BabyDoge owners had risen. There were around 1,603,575 BabyDoge owners at the time. The figure is projected to grow more as the meme coin gets popular in crypto circles. Regarding holders, BabyDoge is ahead of Dogecoin and Shiba Inu.

Even more intriguing is the continual endeavor to increase the coin’s value. This is accomplished by burning the coins. Burning cryptocurrencies is transferring them to an unrecoverable address. Burning reduces the number of specific coins in circulation, boosting demand and, as a result, driving up prices. The infant dog team burned 50 QUADRILLION COINS WORTH $88 MILLION on their first birthday. Their staff is continually looking for ways to increase burn rates.

Users can now buy Baby DogeCoin using 20 fiat currencies, including USD, EUR, and GBP, according to The Crypto Basic.