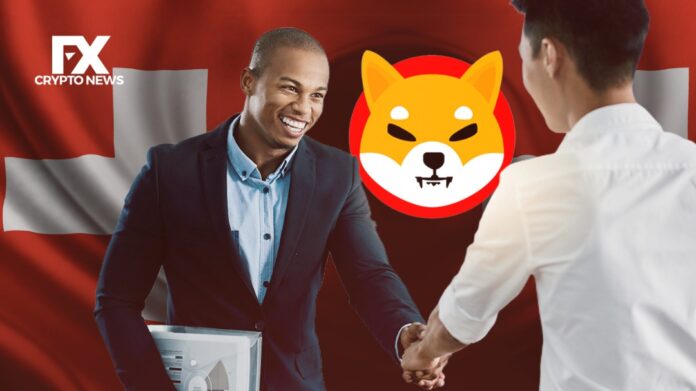 Fidinam Group, a Switzerland-based multinational company, has announced that they will now accept Shiba Inu as a mode of payment. This development was reported in a tweet by the admin of Shiba Inu Venezuala Community, @ShibaXanders, on the 20th of April.

Fidinam, one of the biggest multinational companies in Switzerland, also has its operations in countries like Germany, Austria, the United Kingdom, Belgium, Spain, and the United States.

Meanwhile, SimpleHold, a lightweight wallet for Bitcoin, has also introduced the popular Shiba Inu triad, LEASH, SHIB, and BONE. LEASH and BONE are the two tokens available on the Shiba Inu ecosystem. SimpleHold has added LEASH and BONE to its platform for trading.

In yet another win by the popular dog-themed cryptocurrency, Robinhood investment app has released its long-awaited list mentioning the status of Shiba Inu. The report suggests Shiba Inu is leading the crypto market despite the DXY bearish trend.

Shiba Inu is thriving as a payment method

Despite the ongoing DXY’s bearish trend that has seen most cryptocurrencies struggle on the charts, including BTC and ETH, Shiba Inu has managed to remain strong.

This can directly be attributed to the latest developments in the Shiba Inu ecosystem. Many companies and trading platforms continue to key into the numerous possibilities present in the ecosystem.

Today, over 40,000 merchants accept Shiba Inu as a means of payment. And this number is only expected to keep growing.