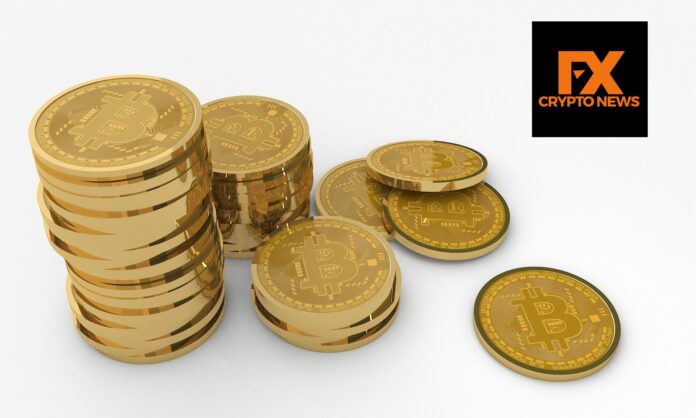 If you are looking for a way to make money online, then mining Bitcoin may be the best opportunity. –  process of authenticating transactions on the blockchain which is recorded by computers solving complex mathematical problems.

The miners who successfully solve these math problems get paid in Bitcoin and this has created a system where anyone with internet access can make money without any previous experience or qualifications.

When people hear about Bitcoin they often think it’s too good to be true but mining actually takes up quite a lot of computing power which means that your computer will work harder than it normally would when using it for other things like browsing social media or playing video games – so don’t worry if you’re not sure if mining is right for you.

In this blog post, we’re going to discuss everything you need to know about mining BTC and provide answers to common questions on the topic.

Steps And Guide On How To Mine Bitcoin In Nigeria 2021

Bitcoin is an innovative new digital currency that can be mined for profit. Bitcoin mining is the process of adding transaction records to Bitcoin’s public ledger of past transactions or blockchain, which in turn creates new Bitcoins and gives miners a reward for their work.

No doubt, learning how to mine bitcoins requires specialized hardware, but at the end of this blog post, you’d have known other approaches to mine bitcoin even if you don’t have a mining rig:

How To Mine Bitcoin Using Smartphone For Free

There are many misconceptions about the mining of bitcoin and Cryptocurrency. One of these is that you need a powerful computer to mine bitcoin, however, the advance in technology has made it possible that all you need is access to the internet and an app like Bitcoin Miners on your smartphone.

Though mining bitcoin via smartphone is possible, yet it comes with disadvantages that outweigh the pros. Besides lacking the power to achieve impressive results, it can lead to device overheating, lower device performance and battery damage.

In summary, mining bitcoin with a smartphone is not recommended as you’d not only get your device damaged, you might also not be able to mine a tangible number of coins that’d justify what you are putting on the line.

How To Mine Bitcoin Using Graphics Processing Unit

Mining is the process of adding transaction records to Bitcoin’s public ledger of past transactions. It serves as a way for new bitcoins to enter the system and ensures that no one spends money they don’t have.

The mining process involves compiling recent transactions into blocks and trying to solve a computationally difficult puzzle. Hence, whoever solves the puzzle first gets rewarded with newly created bitcoins and you can mine yours using GPU with the steps below:

To mine bitcoin using GPU, you need to get the hardware components, one of which is choosing the ideal GPUs like AMD Rx 480 and NVidia GTX 1070  Founder Edition. If you are building something small getting a regular PC case is cool, but if you want something big, an aluminium stackable open mining case for up to 9 GPUs is the one for you.

In addition to choosing the right GPU, you’ll need a motherboard that comes with enough PCI Express connectors that can accommodate your GPUs. – ASRock H110 Pro BTCH, ASUS Prime Z270-A and ASUS B250 mining experts can accommodate up to 13 GPUs and 19 GPUs respectively.

For better cooling and performance, it is recommended that you use PC express risers instead of plugin the GPUs directly into the motherboard. And you can also make use of hot glue to hold the PCI Express and the wires that connect them.

For the PSU, EVGA 1000 GQ is recommended by most miners as it is 80 Plus Gold Certified and comes with quiet fans and heavy-duty protections. It is worth noting that the use of CPU and RAM is not too important, but modern Intel Pentium CPU tick the boxes.

With your mining rig all set up, you can decide to set up the ethOS 64-bit Linux distribution that supports ZCash, Moneo, Ethereum and so on. And you can as well decide not to use any special mining operating system.

However, using ethOS will save you from setting up the IP address and hostname, they are assigned automatically. Also, it is lightweight and compatible with CPUs produced in the last 5 generations.

And if you find it difficult handling the mining after setting up the rig, there are sites like NiceHash that mine bitcoin using the idle computing power of your GPU or CPU.

How To Mine Bitcoin Using Your Gaming Laptop

Similar to mining bitcoin by setting up GPU from scrap, but compared to the use of GPU, it does not involve the use of command line or file configuration. Laptops made specifically for gaming are known to come with GPUs enough that can be used for multi-tasking.

So as an owner of idle gaming laptops, platforms like Kryptex Miner and NiceHash give you bitcoin to use your laptop for mining. NiceHash is easy to use and trusted by many, but you can as well try out CudoMiner or HoneyMiner.

Here are answers to common questions on how to mine bitcoin with a smartphone, your laptop and so on.

It depends on your electricity costs, the efficiency of your hardware, and how much you’re willing to pay for hashing power. The cost for equipment can range from $600-$3000 with an average rig costing around $1500-2000 dollars.

The next thing that affects profitability is electricity because it will determine how many bitcoins are mined per day at certain rates based on wattage consumption which usually ranges between 10-12 cents per kilowatt-hour (kWh). And for mining using your smartphone, don’t expect tangible results.