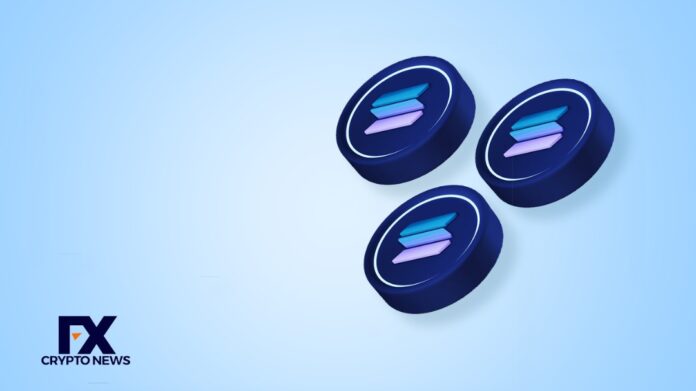 A good day for Solana as its native toke, SOL, took the lead among significant cryptocurrencies as the broader market remained level on Thursday after a strong start from the beginning of this week.

Ether (ETH) stood flat at the $3,400 mark alongside Binance coin’s BNB and Ripple’s XRP. While Avalanche’s AVAX token also rose 7% as its first-ever developer and community conference concluded this week.

In addition, crypto markets added 0.7% in the past 24 hours with solid gains in cryptocurrencies with a market capitalisation between $1 billion and $5 billion. Zilliqa’s ZIL tokens surged 20%. The token has been up 289% since last week. Meanwhile, IOST dipped as much as 40%.

Analysts believe that capital rotation to altcoins came as a risk appetite returned to investors. Additionally, FxPro market analyst Alex Kuptsikevich stated: “There is a search for new ideas, away from institutional capital and the eyes of politicians. There is an influx of stablecoins to centralised platforms, which may indicate the interest of investors in the upcoming purchases of cryptocurrencies.”

SOL grew by 14% to $127 in the past 24 hours, a two-month high and close to the resistance of $130. Furthermore, the value appreciation is attributed to the announcement made by OpenSea. The biggest NFT marketplace stated that it would give out support to Solana-based NFTs on its platform in April.