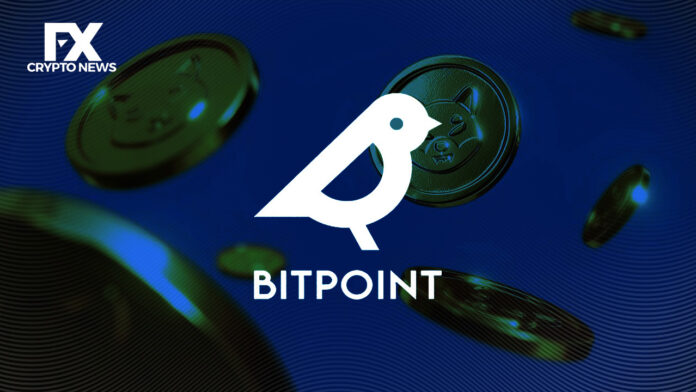 By the end of the month, Shiba Inu (SHIB) will receive support from BitPoint, a cryptocurrency exchange in Japan. According to a recent announcement by BitPoint, The popular canine-themed cryptocurrency will be listed on November 30, 2022.

“We would like to inform you that from November 30, 2022, we will start handling the new crypto asset SHIB (Shiba Inu, ticker code SHIB),” BitPoint Japan said in a statement.

Shiba Inu will become the first canine-themed cryptocurrency supported by a Japanese exchange once it is formally listed for trade on November 30.

The Shiba Inu trading pairings that will be accessible when the token is formally listed have not yet been specified by BitPoint at the time of writing.

BitPoint Japan, one of the leading exchanges in the country, was established on March 3, 2016, according to Crunchbase. BitPoint operates not only in Japan but also in Thailand, the Philippines, Hong Kong, and Latin America.

Four campaigns have been made public by BitPoint in honour of the forthcoming Shiba Inu listing. The exchange said that from November 30, 2022, to December 29, 2022, new users who create accounts on the site will receive 1 million Shiba Inu tokens (approximately $9) as a welcome bonus.

Thirdly, BitPoint Japan has created a social media campaign to commemorate its listing of Shiba Inu tokens. The campaign will take place between November 30 and December 29, 2022. Twitter users that follow BitPoint’s account, retweet, and like the campaign tweet during the campaign period will be eligible to be chosen from the list of winners.

In this case, BitPoint will award one user with 100 million SHIB tokens while splitting 11.11 million Shiba Inu tokens among the other users.
Participants in the fourth campaign must accurately respond to the question, “How many Shiba Inu tokens are written on the front page of BitPoint Japan?” From November 30, 2022, through December 29, 2022, answers must be submitted here. The 11 individuals chosen by lottery among those who answered the question accurately by BitPoint Japan will each win 1.11 million SHIB.