Shiba Inu revealed the initial design for SHIB today: The Metaverse Rocket Pond. The team chose the term “Rocket” since it is frequently used in the cryptocurrency community to denote an asset class whose value is “going to the moon,” according to the blog post.

Shiba Inu keeps coming up with incredible ideas for its metaverse. Shiba Inu has presented gorgeous images for its metaverse project, SHIB, The Metaverse, following its cooperation with The Third Floor (TTF), which was announced in July.

Shiba Inu writes : “Rockets in crypto represent a belief system on the price of an asset being so charming and full of energy that it only can fly to new horizons.”

The Rocket Pond Concept in Detail

As explained by Shiba Inu: “The [concept] are early sketches, in black and white, that communicate suggestions and feedback to express granularly how this HUB will play a role in SHIB: The Metaverse.”

The Rocket Pond’s first concept, as seen here, is presented in black and white. It evokes images of a resort that is tucked away inside a mountain. The area is also abundant in fauna, pristine lakes, and resort structures that reach all the way up the mountain. 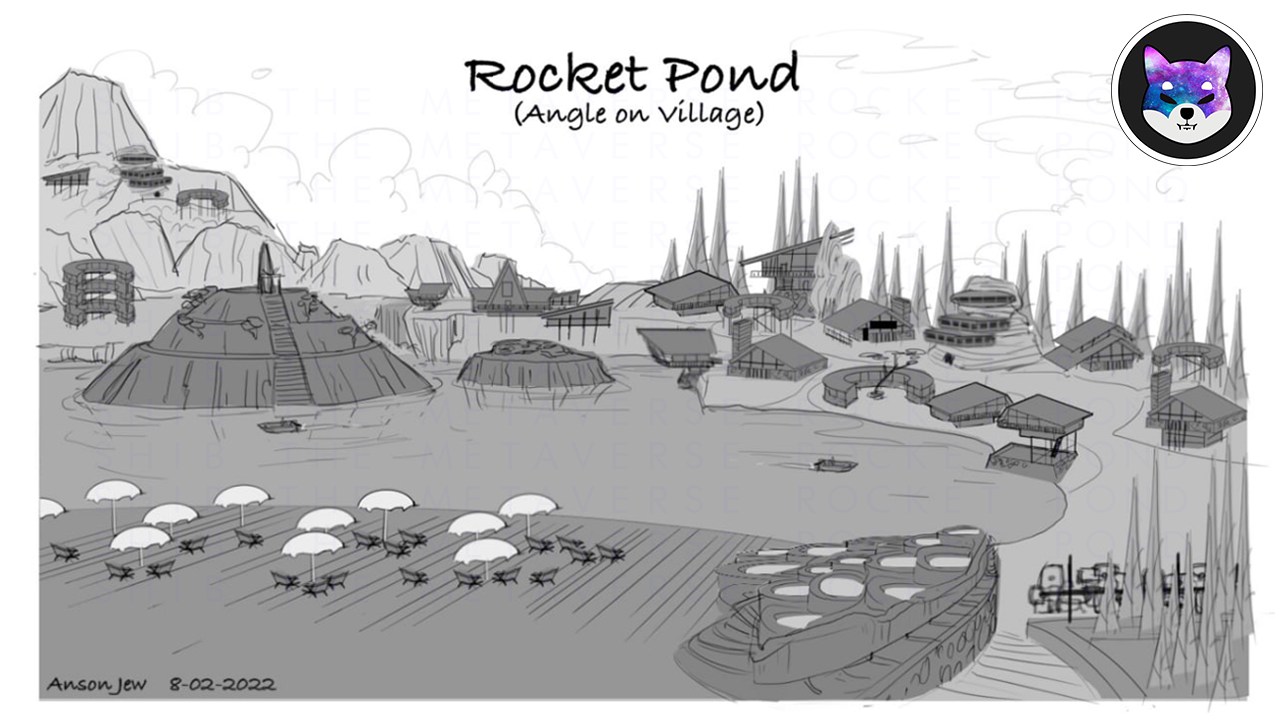 Shiba Inu’s Commitment to the Project

Shiba Inu has worked tirelessly to guarantee that its metaverse project is regarded as one of the best in the business. The first concept of SHIB: The Metaverse WAGMI Temple was released by the meme-based cryptocurrency project.

The goal of posting photographs of these designs is to get comments from the community and to indicate what functions each site would serve in Shiba Inu’s metaverse project.

According to a statement from Shiba Inu:

“We will be sharing [details of the metaverse project with the community, and helping to get people fully involved in the process. This will be via dedicated channels on Discord. First, the community will need to understand the feel, the design, and the inspiration of the world.”