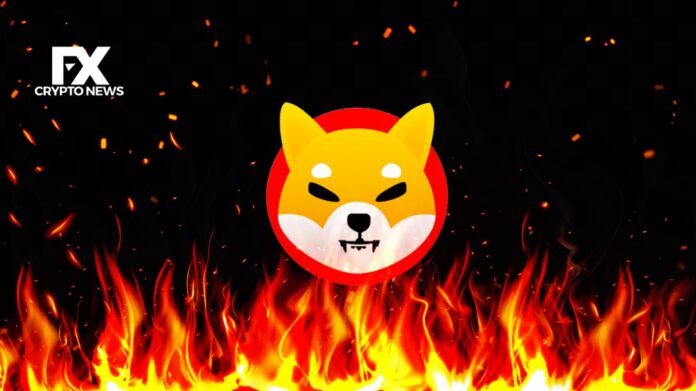 Shiba Inu [SHIB], who has been relatively quiet for some time, was recently spotted in action again. Considering yesterday’s heightened liquidations, there were no notable increases for the asset. But as of late, both the price and burn rate of the meme coin have significantly increased.

The burn rate of the Shiba Inu was increasing. The altcoin’s burn rate increased by an astounding 14,000 percent just a few hours ago. However, the burn rate had decreased to 1932.01 percent as of the time of publication. It should be highlighted that approximately 14,896,832 SHIB tokens were delivered to dead wallets within the past 24 hours.

Only $169.45 worth of SHIB was burned despite the burn rate reaching a four-digit surge.

Shiba Inu’s price, nevertheless, appeared to be comparable to that of its competitors. At the time of publication, SHIB had a daily increase of 8.90% and was trading for $0.0000114. As a result, the asset’s weekly gains increased by 13.73 percent.

Additionally, the market cap of the alternative coin increased. The asset recaptured the $6 billion level, assisting SHIB in moving up the cryptocurrency ladder. The meme coin is currently the 14th-largest cryptocurrency, barely ahead of Justin Sun’s Tron [TRX] project.

Shiba Inu’s price has been stagnant prior to its most recent price fluctuation. Amidst this, owners of the altcoin appeared to be growing more optimistic about the asset. According to recently collected data by IntoTheBlock, SHIB has the largest proportion of long-term holders.

As can be seen in the graphic above, roughly 39% of Shiba Inu owners have been protecting their possessions for more than a year. While 58 percent of SHIB holders held onto their tokens for at least a year, only a meager 3 percent kept their tokens for less than a month.

This further demonstrated that investors of Shiba Inu were optimistic about the future of the asset.