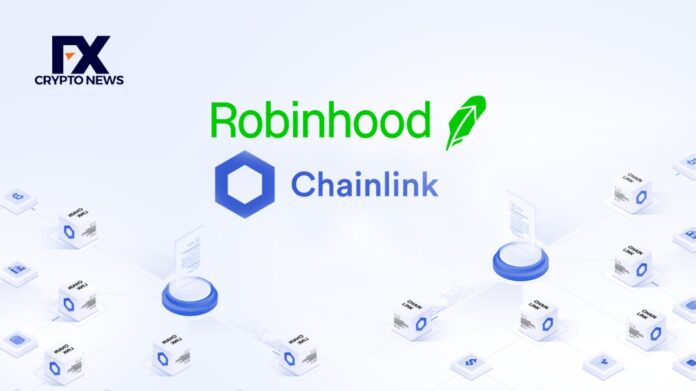 The well-known stock trading app Robinhood has added Chainlink (LINK) to its listing. However, the publicly traded company formally confirmed the listing even after the coin started appearing on its website.

Data from CoinMarketCap shows that the listing has increased the price of the LINK token by more than 4%. According to market capitalization, it is the 22nd most valuable token.

Funny coin Dogecoin, along with Bitcoin, Ethereum, and many other significant altcoins, first became accessible on the platform in 2018.

Read also: Switchere, a Leading Estonian Exchange, Is the First to List Shiba Inu, BONE, and LEASH All at Once

The FTX Buy over Rumours

According to a Monday Bloomberg report, the largest cryptocurrency exchange FTX was considering buying Robinhood. However, the exchange, run by billionaire Sam Bankman-Fried, swiftly refuted those claims.

The company’s shares soared by more than 40% in a single day in May after Bankman-Fried revealed a 7.6 percent stake in it.

Robinhood also revealed the opening of its non-custodial cryptocurrency wallet, enabling users to control their own cryptocurrency.

Due to a decline in user growth brought on by the market downturn, shares of Robinhood have decreased by more than 50% since the year’s beginning. Furthermore, following FTX’s denial of the rumored acquisition agreement, its shares are declining once more in premarket trading.

This week, the House Committee on Financial Services released a report that claimed the GameStop saga in early 2021 nearly brought the company to its knees.