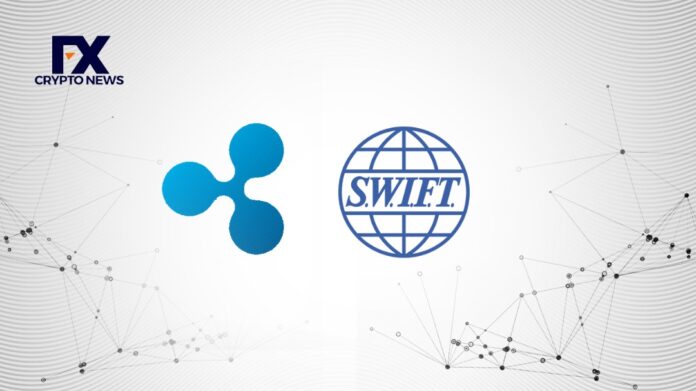 The top provider of secure financial messaging services, SWIFT, is one of the major players in the traditional and digital financial industry. In addition, the innovative protocol has made tremendous strides in bridging the gap between traditional financial services and the digital world by partnering with significant blockchain technology, Ripple Network.

A Twitter user, @RippleXrpie, posted a video on his page, which signified that SWIFT would be entering the cryptocurrency world through its partnership with Ripple Network.

According to the 2020 video, a former employee of SWIFT, Graham Bright, with twenty years of experience, mentioned how Swift will transform communication in the financial world. Ripple will play a huge role in achieving that goal.

“What we are looking at with crypto, though, is where SWIFT would have a forward storage system for most of its payment transactions. This new network will allow instant, real-time movement of the funds and visibility for those funds. So we will not have a situation where banks need to return to you and say,’ Have my funds arrived?’ it is nothing like that.”

“I do not believe Ripple is going to replace Swift; Ripple is one of the complementary networks that will allow those institutions who need real-time to make use of that. We may also see Ripple XRP moving across the Swift network as a currency.” He added.

SWIFT, a giant financial and communication protocol, is currently exploring new ways to drive digital financial transactions. As a result, it has partnered with French-based IT company Capgemini to experiment with international networks for digital currency payments.

Central Bank Digital Currencies (CBDC) is gradually finding its way into the financial sector as eight seven countries are currently exploring the possibilities of imbibing virtual currencies into the economy. Additionally, seven countries have established their digital currencies, and SWIFT is ready to take advantage of the change.

The collaboration will link CBDC networks, CBDC, and traditional currency networks. Last year, Swift teamed up with American professional services company Accenture to establish a cross-border transaction between CBDC and “an established real-time gross settlement (RTGS) system.” The success of this experiment will demonstrate that SWIFT has the capability to interlink with networks.

Ripple (XRP) Network is tipped to be another perfect candidate that could help CBDCs to transition outside their traditional network.

Swift currently offers services to over 200 countries and connects over 11,000 banks. Therefore, the developing system is expected to comply with its standard, authentication model, and infrastructure.