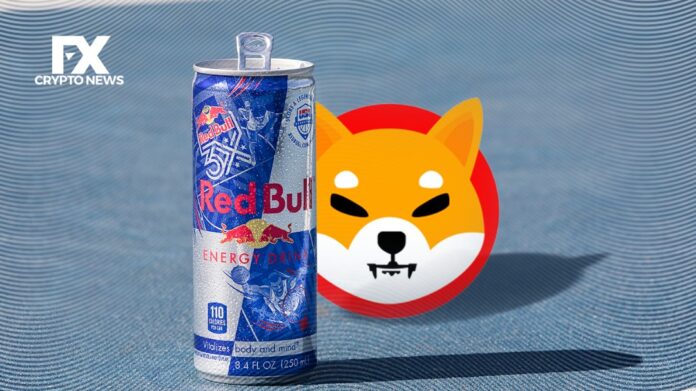 Shytoshi Kusama, the lead developer of the famous “dogecoin killer”, recently caught the attention of the SHIB Army with an upcoming partnership with Redbull. Kusama revealed this update in a tweet that insinuated that the SHIB team had just finished a successful meeting with the energy drink brand.

This collaboration is set to be the third biggest partnership in the in-real-life (IRL) business industries for SHIB, following John Richmond and Welly.

Soon after the conclusion of the meeting, Shytoshi Kusama appreciated Redbull for chatting with the Shiba Inu team and posted the following tweet:

“Thanks for the chat about everything #SHIB. @redbull! Looking forward to speaking more in the future!”

An official SHIB Growth Breed member, MILKSHAKE, confirmed that she was part of the meeting.

MILKSHAKE happened to be the first SHIB Growth Breed member to lead this campaign from the front, making the meeting possible. In addition, she was the first to ask Redbull for collaboration with Shiba Inu via her tweet posted on 18th April 2022.

Later, on April 27, she reportedly sent an email to the energy drink brand. As a result, she got some positive responses, which she noted in another tweet:

“Got a reply today, let’s see where this goes. Not getting excited yet, but it’s a great step forward.”

Following this, Shiba Inu Community also became active. SHIB Army began impressing the most popular energy drink brand with their power by tagging it to their tweets, giving shoutouts, and much more. Finally, Redbull embraces the power of the SHIB Army and gets in touch with the Shiba Inu team.

The details about the partnership are not open to the public yet, but the tweet from the lead SHIB developer hints that the collaboration is available to happen in the future.

Redbull, the most popular energy drink brand, is no stranger to crypto as Redbull has already signed two back-to-back sponsorship deals in February.