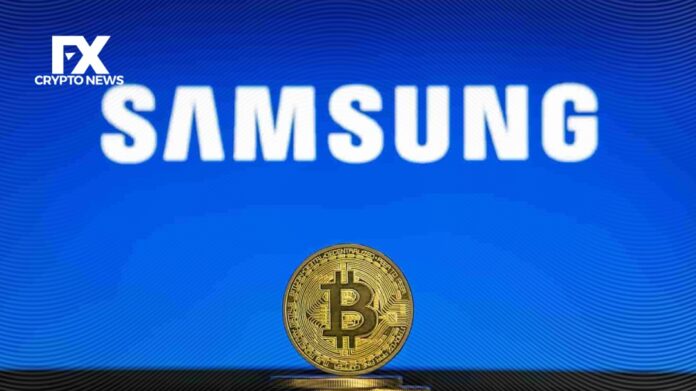 The Samsung Wallet, according to a press release, is a rebranded version of existing Samsung applications such as Samsung Pay and Samsung Pass.

Thanks to the app, cryptocurrency enthusiasts using Samsung devices can now store crypto assets such as Bitcoin and Ethereum directly from their devices.

Read also: PayPal now allows users to transfer their cryptocurrency to other wallets

Remember that Samsung Wallet debuted in 2013 but was quickly replaced by Samsung Pay in 2015. Now, the company’s developers have chosen to resurrect the Samsung Wallet; however, the Samsung team has decided to integrate numerous features into the application to keep its users safe and secure.

Samsung Wallet has been enhanced to perform additional functions such as integrating with SmartThings, allowing the storage of digital home and automobile keys.

Users will quickly access their loyalty, membership, and payment cards with the Samsung Wallet app. Furthermore, Samsung users can now link the app to their Blockchain wallet to manage their cryptocurrency assets and holding value.

Jeanie Han, executive vice president and head of digital life at Samsung Electronics, commented on the development, saying that the company is committed to releasing new technologies capable of making its users’ lives easier via their mobile devices and that the solution is:

“[…] Totally safe and secure environment for storing digital keys, cards, and more. As part of our ongoing commitment to open ecosystems, we will continue to expand on the capabilities of Samsung Wallet by working closely with our trusted partners and developers.”

Other Details About the Service

Notably, the service will initially be available in a limited number of countries, including the United States, the United Kingdom, France, Germany, Italy, and Spain.

The new solution is also simple to use, as Samsung users will only need to enable Samsung Pay and Samsung Pass on their supported Galaxy devices before migrating to the Wallet.

Samsung Wallet is not currently available on all devices. Therefore, the app will only be available on Samsung Pay-enabled devices running Android 9 Pie.