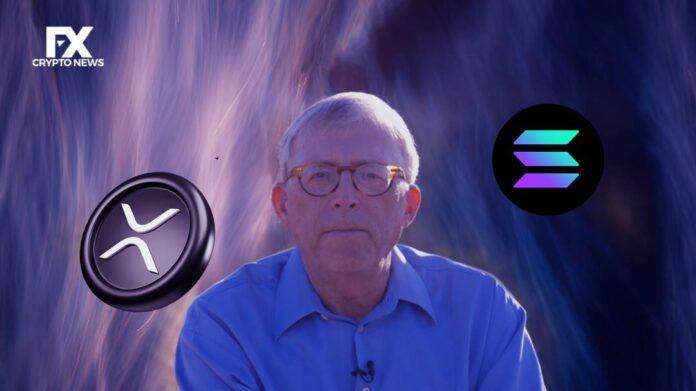 In recent tweets, XRP holders have criticized seasoned trader Peter Brandt for what they perceive to be his promotion of Solana.

The remarks arose as a result of Brandt mentioning Solana in tweets about the debut of his ChartWizardsNFT yesterday and today.

Notably, many users are shocked that the alleged NFT and crypto critic has chosen to unveil an NFT collection.

“I personally equate much of the NFT market with Beanie Babies and Pet Rocks,” tweeted Brandt as recently as May.

Read: CTO of Ripple Explains Why XRP Has a Better Yield Than Bitcoin

To many people’s astonishment, the trader started to express more complex opinions about the asset class in October.

“Some NFT Projects will make it,” Brandt tweeted on October 13.

Notably, ChartWizardsNFT will be a token that allows owners access to a trading community and Brandt and his peers’ mentoring. It was not simply a “JPEG project,” according to Brandt, who described his purpose in a YouTube video, but also a creative approach to launch a developing trading community. According to the video, Brandt claims that the inspiration first came to him in March 2021.

The NFT project will launch on the Solana network, which explains the Solana tagging.

Nevertheless, the seeming endorsement of Solana has not gone down well with XRP owners, especially given how harshly Brandt has criticized XRP. Anders (@X Anderson) suggested that it was contradictory for Brandt to condemn XRP while endorsing Solana sharply.

Similar sentiments were shared by Justin Windheim (@jwinheim), who called the seasoned trader a “JOKE.”

It is important to note that Brandt is viewed as a crypto skeptic by most of the cryptocurrency community, particularly in relation to altcoins. But Brandt has previously voiced some strong criticism of XRP. He referred to it as a scam token in July.

Given Solana’s propensity for downtime and close ties to Sam Bankman-Fried, who is being charged with fraud, it is easy to understand why XRP holders are furious.