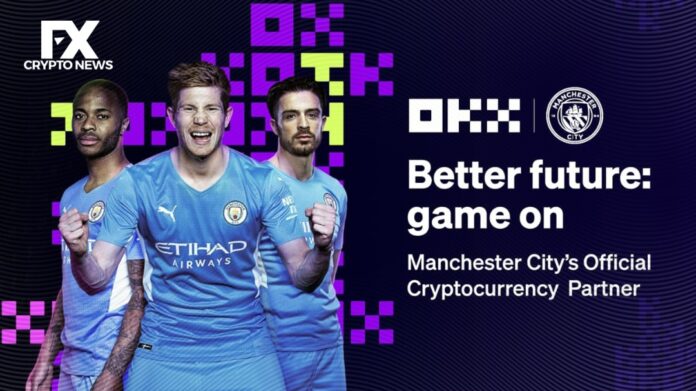 Leading crypto exchange OKX has announced its partnership with Manchester City as the official training kit sponsor for the 2022/2023 season.

This development will allow the crypto platform’s brand to feature on the Premier League winners’ training kits, including that worn by both the men’s and women’s teams. Additionally, the deal will see selected Manchester City players star in crypto education content produced by OKX.

According to Forbes, the six-most valuable football club will allow OKX to make its first appearance as the men’s first team returns to training today. The women’s team will also train in the outfit when they resume duty the following month.

It was announced in March that OKX would serve as Manchester City’s Official Cryptocurrency Exchange Partner.

“The real grit and perseverance are built on the training ground. This is how we want to nurture the new users on our platform. Being Man City’s official training kit partner helps us extend that mindset from the training ground to our trading app community.”

Fans may scan QR codes embedded in the murals for a chance to win a season ticket to the OKX Hospitality Box by scanning the codes.

As a sponsor of Manchester City’s first worldwide trophy tour since 2019, the blockchain platform is promoting the club’s fourth championship success in the last five years.

Fans in France, Spain, the UAE, Korea, Mexico, Norway, and South Africa can view the Premier League trophy up close when Manchester City and OKX go on tour.

In the future, the crypto exchange aims to continue to enhance the fan experience, provide educational tools to assist consumers in trading properly and create activities that empower and enrich Manchester City football club.