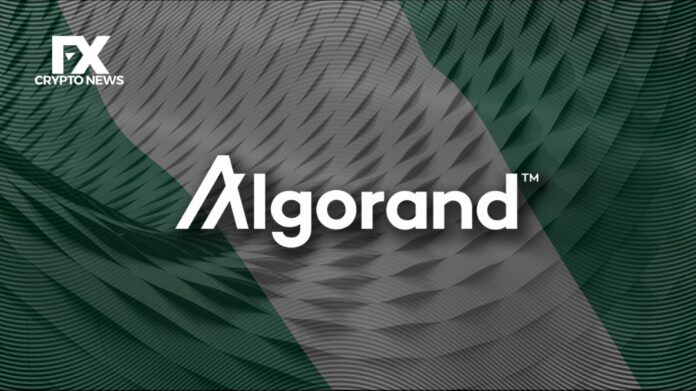 The West African country recently announced a partnership with the Developing African Group on a three-year Intellectual Property Right (IPR) agreement to improve the commercialisation of IPs within the country by using the Algorand blockchain.

The collaboration will allow the Nigerian government to grant Developing African Group the exclusive license to develop a platform where Nigerians can upload and trade their intellectual properties in exchange for royalty rights or proceeds.

All royalties and proceeds will be received in users’ wallets on the platform created by Developing African Group.

Copyrights and trademarks of songs, videos, lyrics, shows, podcasts, other forms of streamable content, and the press release notes are some of the content that can be commercialised on the platform.

The group has decided to team up with Algorand and Koibanx to get things started after receiving support from the Nigerian government.

Koibanx, via an announcement, will create tokens that will be used to trade various artists’ intellectual properties. In addition, Developing Africa Group will build the ecosystem, which would include the digital currency on the Algorand Network.

Ben Oguntala, CEO of Developing Africa Group, opened up on the adoption of Algorand, saying:

“Algorand’s protocol not only provides the performance, scalability, security, and functionality required to implement such a large scale project but is also environment-friendly, which is important for the Government and has a huge philosophical match with the `creators economy industry´ we’re targeting here.”

Koibanx and Algorand Continue to Form a Strong Bond

Both Koibanx and Algorand have collaborated on several projects, especially in Latin America, as they are not new to each other.

“I believe this initiative could change the lives of over 50 million people easily. Since we launched Koibanx back in 2015 we were convinced Blockchain tech and cryptocurrencies were the foundational building blocks for economic development in emerging markets, being able to have an active part in how is happening is a privilege.”

The government authorities and private sectors have adopted the Algorand blockchain for so many purposes in the past.

For example, Algorand, which became the official blockchain of FIFA earlier this month, saw Australian Zoo launch its non-fungible tokens (NFTs) on the platform.

The Algorand Foundation announced the development on its official Twitter page, saying:

“BREAKING: @koibanx and @developingafro to develop #Nigeria’s official platform for commercialisation of all IP in the country, on #Algorand.”

The blockchain company also explained the significance of the initiative to the Nigerian entertainment industry.

Read also 👉 Algorand Partners With Former Citi Banker, As He Launches a $1.5B Crypto Fund