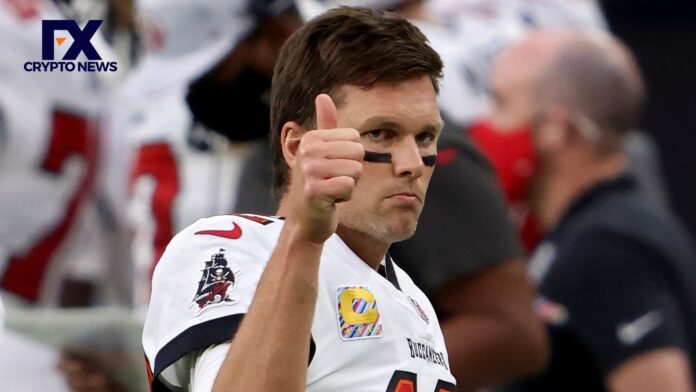 National Football League Champion and Tampa Buccanears Quarter Back Tom Brady is set to launch an NFT platform called Autograph. This represents a major development for the NFT sector that has continued to experience massive growth in recent months.

Autograph Scheduled to Launch This Spring

This development was reported by CNN on Tuesday, with the launch scheduled for this spring. According to its website, Autograph is a first-of-its-kind, experience-driven NFT platform that brings together the most iconic brands and biggest names in sports, entertainment, fashion, and pop-culture to create unique digital collectibles.

NFT is a unique digital token that is tied to digital content or collectibles. They are based on blockchain technology, which proves their authenticity and personal responsibility.

Autograph hopes to make NFT mainstream by introducing a “360 degree” platform for creating, marketing, buying, and exchanging NFTs. According to reports, the platform will also produce an NFT with seven-time Super Bowl champion Brady.

“We’re extending the idea of an autograph to the digital world,” Autograph’s jobs page reads. “Our proprietary autographing system will connect icons to NFT holders in customizable and experiential fashion.”

Brady and his partners Dillon Rosenblatt, Josh Payne and Richard Rosenblatt founded Autograph earlier this year. According to the job page, the startup has also raised some donations.

Autograph’s advisors include high-profile firms like Spotify, entertainment company Live Nation, sports betting company DraftKings, and video-sharing website Cameo. The startup is based in Los Angeles and is currently hiring in various positions, including Engineering Director, Creative Director and Head of User Experience and Design.

It is Autograph’s policy to ensure equal employment opportunity without discrimination or harassment on the basis of race, color, religion, sex, sexual orientation, gender identity or expression, age, disability, marital status, citizenship, national origin, genetic information, or any other characteristic protected by law.

The launch of Autograph follows a series of major developments in the NFT ecosystem. There have been record sales of artwork and collectibles recorded since the turn of the year. An NFT card of famous Portuguese footballer Cristiano Ronaldo sold for just under $300,000 in March.