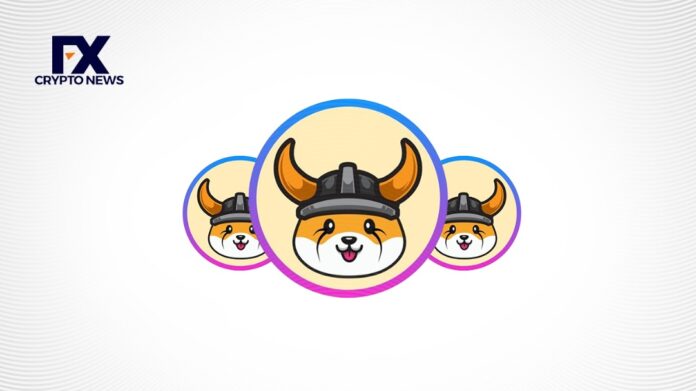 Floki Inu has stood out as one of the most popular memecoin since its launch in 2021, and the crypto coin has been listed across various crypto trading platforms. These achievements have made the digital currency noticed by crypto enthusiasts and media outlets.

As a result, Floki Inu (FLOKI) was recently featured on the Nasdaq list of the top metaverse cryptocurrencies to buy in 2022. In addition, the memecoin was listed among other high ranking crypto coins like ApeCoin (APE), Decentraland (MANA), Sandbox (SAND), and Metahero (HERO), among others.

Therefore, this development points out that New York-based American Stock Exchange is closely following the progress of Floki Inu.

Floki Inu has shown that it is more than a memecoin and that it can become an asset of utility in the metaverse via its play-to-earn NFT game, an NFT marketplace and an education centre.

In March, the development team of Floki Inu announced the launch of its P2E game, Valhalla, and this update created the proper attention and moved the crypto coin to its metaverse goals.

Furthermore, the team is not relenting in creating more projects for the community, and it is already planning to launch its NFT marketplace called the ‘FlokiPlace’. FlokiPlace aims to directly compete with the giant NFT marketplace, OpenSea, shortly.

Floki Inu is also preparing to educate the world about the benefits of digital currencies via its education centre named Floki University. This move will drive the adoption of cryptocurrencies in many diverse sectors in Africa and worldwide.

As part of its education program, Floki Inu recently announced that it had completed a state-of-the-art school in Nigeria, and the commissioning of the education institution is scheduled for May 18, 2022.

“Vikings! We’re excited to let you know that the state-of-the-art school we are building in Nigeria has been completed and will be starting operations soon! The school will be commissioned on: Wednesday, 18th of May 2022. What’s more exciting, is that YOU are welcome to attend!” Floki Inu said.

The Floki Inu team also noted that work has already started to build more schools in other countries, including Ghana.

Read also 👉- Things You Should Know About High-performing Altcoins.