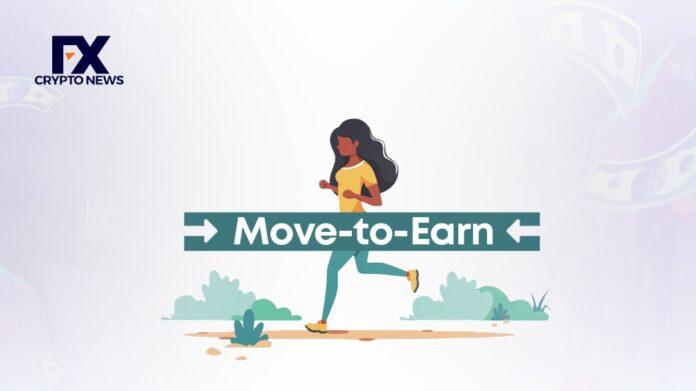 Move-to-Earn are growing in popularity. According to a study, 81% of Americans are willing to exercise more in exchange for cryptocurrency rewards, such as Bitcoin (BTC) or Ether (ETH). Many people also say they are up for ​​playing sports in the metaverse, despite some fears.

A study shows Americans’ interest in Move to Earn

FitRated, a website specializing in fitness, has published a study dedicated to Move-to-Earn. Increasingly popular, these applications pay their users based on their physical activity. Among the most popular applications are StepN, Calo Run and Sweatcoin. Most of the solutions on the market pay cryptocurrencies in exchange for the steps taken by the player.

To gauge Americans’ interest in Move to Earn, FitRated surveyed 1,001 people representative of the population of the United States. In addition, the site claims to have surveyed individuals from “all walks of life” with “different investment experiences”.

According to the study, 81% of Americans say they are motivated by the idea of ​​earning cryptocurrency by playing sports. Among respondents’ favourite rewards are Bitcoin (72%), Ether (35%) and Dogecoin (34%). These are some of the most widely known cryptocurrencies.

Unsurprisingly, the favourite activity of Americans who wish to embark on Move to Earn is walking. For example, 41% of respondents say they are willing to walk to earn cryptocurrencies, compared to 47% for cycling, 41% for swimming, 39% for running and 38% for boxing. These statistics explain the meteoric success of apps like StepN. According to FitRated, “Those who need a financial incentive want to start with a simple activity, like walking.”

Many respondents also seem ready to make a long-term commitment. The study highlights that “61.3% of respondents said they would exercise five days a week, every week for a year” in exchange for Bitcoin (BTC). On the other hand, only 39% of people are willing to run a marathon for Bitcoin rewards.

👉 Read also: What is Move-to-Earn: A Beginner’s Guide

Americans are ready to play sports in the metaverse

Among the main assets of sport in the metaverse, respondents mention “better accessibility”, “a more diverse fitness community”, and “more personalized exercises”. On the other hand, respondents fear that sporting activity in a digital world lacks authenticity, disempowers individuals, increases the risk of harassment, and is accompanied by a reduction in performance. Nevertheless, the FitRated report proves the growing interest of users for Move to Earn.