Most Highly Anticipated Blockchain Mainnets in 2021 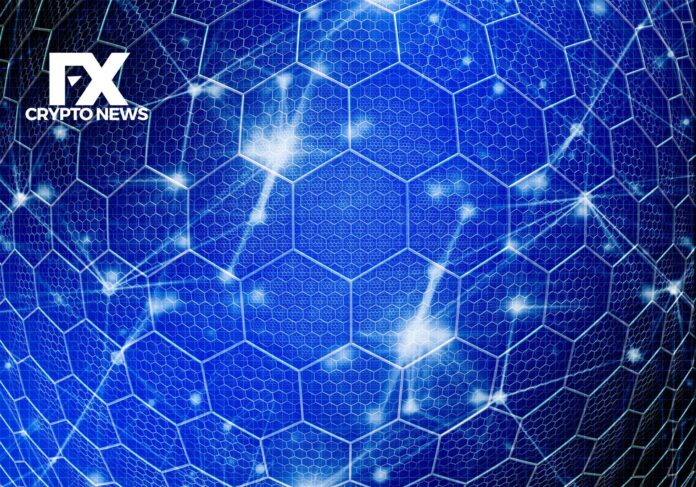 Mainnet in cryptocurrencies is the final product in blockchain projects that make it possible to send and receive digital currencies.For years to come, people will remember the beginning of 2021 as Bitcoin and Ethereum and the FOMO institution pushed their national assets to new all-time highs.

Less than a year after the Covid-19 pandemic first hit the headlines, the market is breaking new ground as billionaires expand their balance sheets and turn to cryptocurrencies. But what will be in the rest of 2021? As Bitcoin and Ethereum continue to consolidate their positions, many competitors’ first-tier blockchains are also preparing to …

Radix is ​​a first-layer protocol that was specially developed for the booming decentralized financial sector (Defi). It is a high-performance platform. Its algorithm showed 1.4 million transactions per second (TPS) in 2018 and theoretically, the current algorithm is undoubtedly scalable. According to this indicator, the Defi protocol has thrown Ethereum, Bitcoin and almost all other networks in the dust, but what role does it play?

Like Gavin Wood’s interoperable Polkadot protocol, Radix uses sharding. However, it is not a static sharding use but supports an almost unlimited number to achieve the parallelism required for a global Defi platform. Based on its own consensus algorithm, Cerberus, which enables it to provide linear scalability without sacrificing composition ability or interoperability, Radix claims to be a viable alternative to Ethereum.

With its component catalogue and developer patent fees, Radix aims to become the most developer-friendly Tier 1 platform in DeFi. Market launch, high security, the potential profitability of valuable components and unlimited expansion options are the advantages that Radix offers for the next generation of dApp developers. Radix was founded by Dan Hughes, a withdrawn engineer who worked on Bitcoin development in the 2010s. Radix is ​​expected to release its mainnet in the second quarter. With Ethereum’s gas fee rising rapidly, it’s not fast enough for defi users.

Dusk Network is a privacy-oriented open-source blockchain for financial dApps. With the help of “zero-knowledge” technology, tokens can be issued with Dusk Network, which is regulated by data privacy-preserving permissionless smart contracts. Dusk’s goal is to reshape the financial industry and provide users with access to capital and assets, as well as a wide range of intelligent financial services.

We all know about Defi, but Dusk Network coined its own term: RegDeFi (Regulated Decentralized Finance). The era of decentralized financial regulation will allow large financial institutions to join the event as the wall that divides the traditional and unconventional worlds collapses. In this environment, Dusk Network sees itself as the “compliance and confidentiality engine of the global networked financial world”. There is currently no definitive release date for the mainnet – although the blog posted on January 7th indicates that it will be this year.

Marlin is an open protocol that provides programmable network infrastructure for Defi and Web 3.0. The agreement was launched in mid-2019 and is part of Binance Labs’ incubation plan. Optimizing the network architecture under the blockchain itself provides scalability, flexibility and decentralization at the base level. In other words, Marlin enables nodes to communicate faster and transfer large amounts of data in less time, adding an index to assess all blockchains: throughput.

Marlin not only serves the blockchain, but also the DApps, cloud storage systems, and social networks that seek faster P2P communication can use this protocol. Marlin has partnered with companies such as Matic Network and Blockcloud and launched what is known as the “Larva Network”. A mainnet network with incentives is expected to be rolled out later this year.

The enterprise blockchain Concordium recently launched its fourth test network. The main network version will be released in the first six months of this year. This Zug-based platform is the first blockchain of the first level with an integrated identity at the protocol level. It uses knowledge-free evidence to protect users’ privacy and can also revoke anonymity in court. In other words, while it ensures the anonymity of citizens who abide by the law, it also makes regulators happy.

As with other blockchains summarized above, scalability, security, and decentralization are the main concerns of Concordium. They believe that meeting regulatory requirements is key to unlocking trillions of potential blockchain-based business transactions. Like Ethereum, the platform leverages smart contracts and use cases for various industries and industries, from the Internet of Things to the supply chain. Interestingly, Concordium’s founders are closely associated with companies like Volvo, Ikea, and Saxo Bank, which means the company has a bigger stake than many of its competitors in the corporate sector. Ways to get companies interested.

Preparing for the upcoming mainnet launch, Casper Network recently completed the sale of $14 million private validator tokens led by Cryptocurrency Digital Strategies. As a public proof-of-stake blockchain for application development and enterprise integration, Casper recently joined the Chinese Blockchain-based Service Network (BSN), a government-sponsored program to accelerate the region and beyond. The region is adopting blockchain. After joining the BSN ecosystem, the scalable, decentralized blockchain has positioned itself well to enjoy the breakthrough in 2021.

On the surface, Casper is a user-friendly blockchain for corporate customers. It is based on a consensus protocol (highway) developed by former Ethereum Foundation researcher Vlad Zamfir. The project was originally started as a scaling solution for Ethereum. When HeraSoft recently migrated its gold-backed asset tokens to the network for tracking and ownership, the project attracted widespread attention. If Casper can, it is said, lower the barriers to entry, great things are inevitable.

Security, scalability, data protection, decentralization: these terms are freely discarded by the old and new blockchains. As they said, the proof is in the pudding. While it’s impossible to determine which upcoming projects will meet the normally insane, unrealistic expectations of the crypto community, we believe the options above will deliver the product.

The best software programs to mine Ethereum in 2021