MARA Gets $23M From Coinbase, Alameda to Drive Crypto Adoption Across Africa 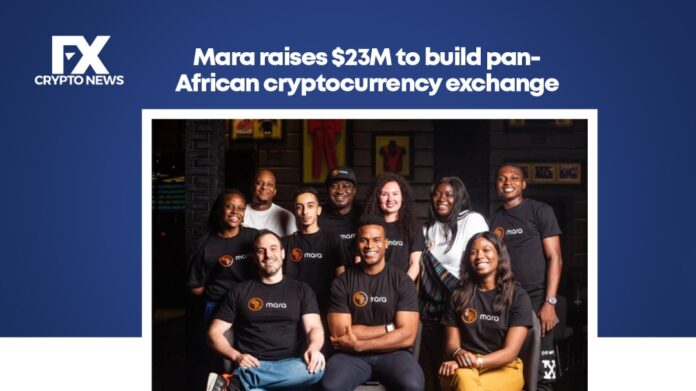 MARA, a pan-African centralized crypto exchange, announced on Wednesday that it had realised $23 million. According to a news statement, Coinbase Ventures, Alameda Research, Distributed Global, Day One Ventures, TQ Ventures, and others contributed a huge chunk of the funds.

MARA intends to invest in a product suite aimed at Africa’s two largest countries, Nigeria and Kenya, before extending to East Africa and Francophone countries, according to CEO Chi Nnandi.

MARA is attempting to break into a developing crypto market: According to the World Economic Forum, crypto usage in Africa increased by $106 billion in June 2021; MARA wants it to increase even more.

In an interview, Nnandi stated that he is working on modifying Yuval Noah Harari’s narrative in Homo Deus, which states that developing countries are left behind when new technology emerges. He stated the thought “ignited a fire beneath him.”

He’s attempting to do so by developing solutions that allow users to trade cryptocurrency (such as MARA’s planned Android app and advanced trading platform) and create their own Web 3 products.

After its launch, MARA wants to hold hackathons to encourage developers to “create Web 3 engineering communities,” according to Nnandi.

MARA is also launching a layer 1 chain, which the MARA token will power. MARA’s testnet will be launched in Q4.

Introducing cryptocurrency products to new markets brings with it new regulatory obstacles. This is due to a lack of awareness of digital currencies and their function in the global economy, according to Nnandi.

One of the reasons MARA intends to advise the Central African Republic on its new bitcoin regulation is because of this.