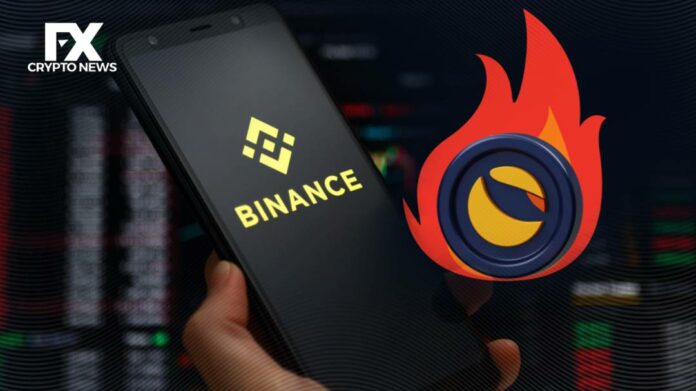 Binance has not broken its promise to the Terra community to implement off-chain LUNC burns by waving over fees from LUNC spot and margin trades. Instead, after two weeks of continuous burns, the world’s largest exchange has made another massive burn worth $659 million.

According to the transaction on Terra Finder, the burn, which involved a whopping 2,500,382,131 (2.5B) worth $659K, took place on October 17, 1:38 PM (GMT+1). It is clear from the magnitude of the transaction and the time of the occurrence that Binance was responsible for the burn, although it wasn’t explicitly attributed to him.

Binance sacrificed $659K in trading fees in this third batch of burns as part of its commitment to satisfying the Terra community. As a result, Binance’s total off-chain burn in three weeks now stands at 11 billion LUNC tokens.

Binance will, as promised, update its official announcement page on the LUNC burn transactions as soon as possible. Despite expressing reluctance to implement off-chain burns initially, Binance has remained committed to keeping its word following a change of heart.

Remember how the exchange agreed to the Terra community’s demands for off-chain LUNC burns? However, following the community’s rejection of an opt-in feature, Binance decided to sacrifice its LUNC spot and margin trading fees by converting them to LUNC and burning them weekly.

The first batch included 5.5 billion LUNC tokens, worth $1.8 million at the time of the burn. This most recent burn would bring the total to $3.3M. The second batch of burns took place last week, which involved 2.9B LUNC, worth $922k at the time.

Despite some setbacks, such as the persistent bear market, the Terra community’s goal of resurrecting the long-forgotten LUNC token remains on track. Several entities in the space have shown their support for the community.

Allnodes, a LUNC validator, recently announced that it had burned over 56 million LUNC tokens on Monday in preparation for weekly LUNC burns until the end of the year.