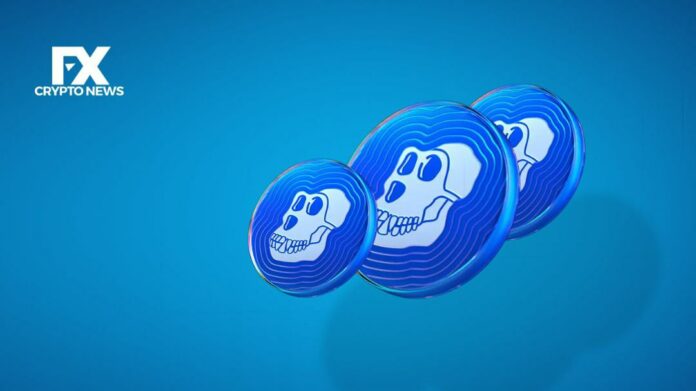 Apecoin will join the Gucci family as the Italian high-end luxury fashion house announced that it now accepts APE via BitPay. The luxury brand made this announcement on Twitter, adding that the coin will be available for in-store purchases in select boutiques in the U.S.

This development will allow holders of this cryptocurrency to buy physical goods with the coin derived from the BAYC economy for the first time.

The Florence-based fashion giant first began accepting cryptocurrencies in early May to attract more cryptocurrency-friendly customers after the bull market of 2021. In addition to Bitcoin and Ethereum, Gucci started taking payments in other digital assets, including Dogecoin and Shiba Inu.

Furthermore, Gucci customers can pay with the help of a QR code that gets sent to them via email. Last month, one of the biggest names in the fashion world also invested $25,000 in the decentralised autonomous organisation (DAO) of non-fungible token marketplace SuperRare.

“We added ApeCoin and Euro Coin because customers of our luxury merchant partners asked for them. They asked, and we delivered.”

Gucci and Other Fashion Brands Delves Into Crypto and NFTs

In February, the luxury home brand released a series of NFTs in partnership with toy brand Superplastic. Dolce & Gabbana unveiled its NFT collection last September, making it one of the big names to partner with crypto.

Related: Bored Ape-Themed Restaurant Falls From Grace as it Abandons Crypto Payment Including Ethereum and Ape Coin Due to Market Collapse.

Shiba Inu officially announced a partnership with Italy-based English fashion designer John Richmond on 28 February 2022. Recently, the designer shared an image of a new design featuring the SHIB mascot, which could be used on the Shiba Inu John Richmond clothing.

In John Richmond’s image, the Shiba Inu mascot is in the centre of an emblem with the inscription “Rock N Roll” and “In Good We Trust.”

APE is a token to support what’s next, controlled and built on by the community. It serves as a decentralised protocol layer for community-led initiatives that drive culture forward into the metaverse.

Apecoin (APE) is the native ERC-20 token of the Bored Ape Yacht Club NFT collection, a subsidiary of Yuga Labs. APE is the primary token used across the Ape ecosystem, a world of Web3 games, experiences and communities.

In addition to spending with BitPay merchants, APE holders can turn Apecoin into cash instantly with the BitPay Card, plus buy gift cards for top brands and retailers. BitPay app users can also buy, store and swap APE seamlessly.