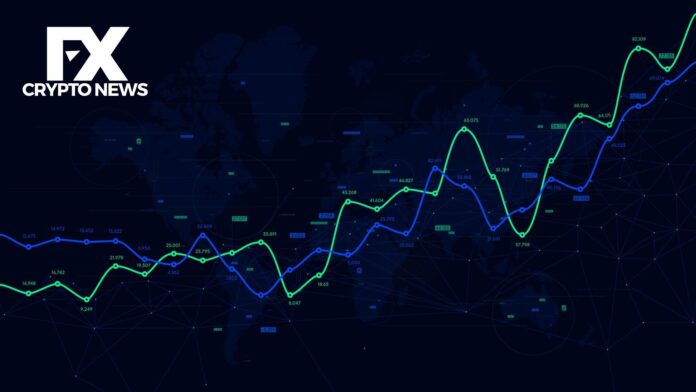 Simplicity is the ultimate sophistication and that is why as a beginner to Forex, it is advisable to stick with a strategy that will allow you to react quickly with less stress. In this article, we will be analyzing three simple yet effective Forex indicators traders use during trading.

One of the first indicators you need to be aware of when trading in Forex is the Moving Average. The Moving Average is a plotted line that is used to measure the average price of a currency pair over a specific period of time so that we can understand the general direction. The purpose of using a moving average as an indicator is that it smooth out the price data and gives an updated average price which we can use to determine entry or exit points.

There are two types of moving average; Simple Moving Average (SMA) and Exponential Moving Average (EMA). An SMA is a calculation that takes the mean of a given set of prices of a currency pair over a specific period of time in the past. An EMA on the other hand is an average that gives much urgency to the price of a currency pair, making it an indicator that is responsive to current information.

Another technical indicator used in Forex analysis is the Relative Strength Index. It’s a tool used to chart the current and historical strength of a currency pair based on the closing prices of a recent trading period. The RSI is a member of the oscillating family as it is simple to grasp and its application enables us to determine trends, time entries and much more.

The most important use of the RSI in Forex is simply in deducing when a currency pair is overbought or oversold so that a possible reversal can be capitalized on. This indicator is a favorite for traders who like to buy low and sell high. Since it is an oscillator, The Relative Strength Index is plotted between the ranges 0-100. The most common levels to look out for when trading with an RSI are 70 and 30 but some traders use 80 and 20 for extreme cases.

An RSI of over 70 is said to be overbought while An RSI over 30 is considered oversold. Most traders use the Relative Strength Index first when considering a trade but its effectiveness can only be gotten if used alongside other trading indicators. Small, sudden price swings or shifts can cause the RSI to spike continuously in either upwards or downward direction.

It is advisable to compare with other signals from other indicators so a reliable entry or exit point can be determined. In addition, in volatile markets or sting trending environments, it’s not uncommon to see RSIs being overbought or oversold for a period of time. Keep an eye out for these kind of situations and learn to think beyond the crossovers.

A Moving Average Convergence Divergence is an invaluable tool in the hands of a forex trader. It is itself regarded as the King of the Oscillating family and when used alongside other oscillators like RSI and the likes, joining trends will become much less riskier. As an indicator, it not only identifies a possible trend but helps to gauge the strength of that trend. This is because of its use of moving averages which provide a clear display of changes in momentum.

There are three lines involved when plotting a MACD. They are the MACD line and Signal Line which move horizontally but at different speeds and the colors are red and blue respectively. The last line is the vertical line and is referred to as the Histogram. The Histogram plots the difference between the fast moving average and the slower moving average.

The divergence or convergence between these two lines is the major concept behind this indicator. If the MACD line crosses below the signal line, it is a sell signal and conversely if it crosses above the signal line it is a buy signal. The lines are usually set at parameters with the most common ones being 12, 26 and 9. As with moving averages, different experimentations will help you to find the settings that is right for you.

You can get started with Forex trading with the understanding of this indicators as well as other fundamentals we’ve talked about in this series. Catch updates, more articles and news with us on fxcryptonews.