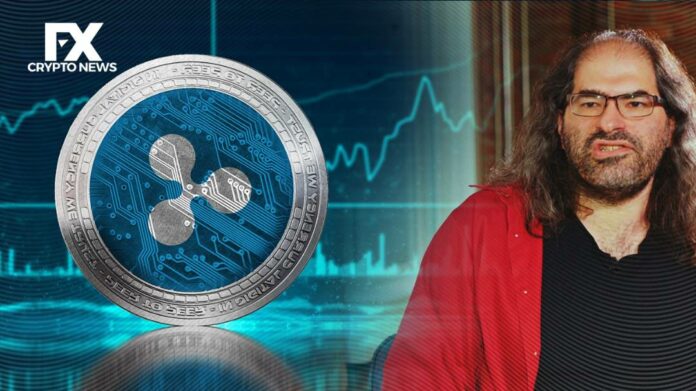 The CTO of Ripple, David Schwartz, claimed today on Twitter that there are numerous things we can take from the failure of FTX.

Nevertheless, Schwartz contends that people are most inclined to overlook the obvious. If there are no checks to stop you, according to Schwartz, it is impossible to resist the urge to speculate with billions of dollars in other people’s money in your control for an extended period of time.

“There are a few lessons that should be learned from the FTX fiasco, but there’s one important lesson that is pretty obvious in retrospect and that I can say with total confidence will not be learned,” Schwartz wrote. “If you hold billions of dollars of other people’s money for indefinite periods, the temptation to speculate with those funds is irresistible if there aren’t verifiable checks that make such risk-taking virtually impossible; nothing else will be sufficient.”

Additionally, the Ripple executive claimed that punitive penalties for these actions that take effect only after the crime has been committed would be ineffective. Schwartz claimed that investor due diligence wouldn’t either. The XRP Ledger builder also points out that even if some users notice these indicators early, others will dismiss them as creating fear, anxiety, and doubt.

“The temptation is irresistible,” Schwartz stated.

Read more: White Paper on Crypto Regulations in the UK Published by Ripple

According to facts, Sam Bankman-Fried, the former CEO of FTX, loaned billions of dollars in user funds to his quantitative trading company Alameda Research without informing clients and utilising a backdoor he built into the company’s accounting software to hide his activities. Unfortunately, it left FTX’s balance sheet with an $8 billion hole. Without any other options, FTX and several of its companies have applied for US bankruptcy protection.

The company’s financial mismanagement was worse than the public had initially assumed, as per court documents. According to CEO and chief restructuring officer John Ray, the company had little to no accounting and record-keeping capabilities. Additionally, there was no centralised cash management. Instead, SBF and other executives received loans totalling billions of dollars from the company. Furthermore, managers and workers purchased private properties in the Bahamas with company funds.

Binance’s Changpeng Zhao has attempted to advance a “proof-of-reserves” campaign in response to these events and the harm they have done to the public’s trust in centralised cryptocurrency exchanges. Notably, it mandates that centralised crypto platforms declare their cryptocurrency holdings and the wallet addresses where they are stored to enable users to confirm and trace these holdings on the blockchain.

However, some individuals consider even this insufficient. According to Kevin O’Leary, the collapse of FTX, who thinks rules are the solution, will force governments to enact regulations that ensure incidents like these never occur. It’s important to note that the Shark Tank celebrity served as both an investor and paid spokesman for FTX.
At the most recent Group of 20 (G20) industrialised countries gathering in Indonesia, US president Joe Biden spearheaded calls for global crypto laws in response to the FTX collapse. Nevertheless, it won’t be the first time top world leaders do it.

Hosky Up 11% In 24 Hours; Become Cardano’s Most Active Project