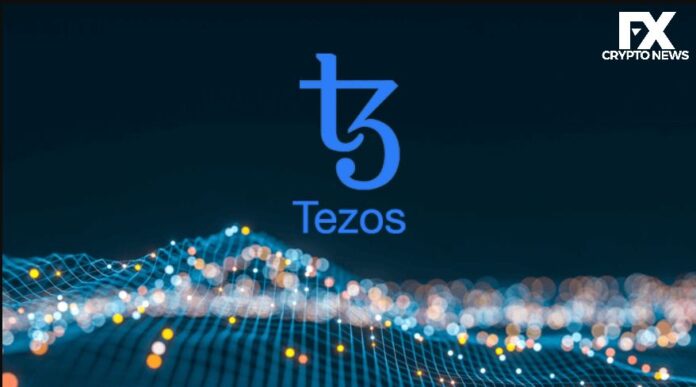 French bank Société Générale via its subsidiary Forge, has issued its first security token on the Tezos (XTZ) blockchain. This development validates a new stage in the development of Société Générale, which is planning to offer cryptocurrency-related services to its professional clients from 2022.

Major Milestone for the Tezos blockchain

This structured product issued on the Tezos network took the form of a security token and can be sent directly into banking systems via the SWIFT format. The bank indicated that this transaction was an essential step in the development of Société Générale subsidiary Forge.

Indeed the regulated subsidiary of the Société Générale group had previously revealed that it intends to offer crypto-asset issuance, exchange, and custody services to its institutional clients from 2022.

“This new experiment, in accordance with the best market standards, demonstrates the legal, regulatory and operational feasibility of issuing more complex financial instruments (structured products) on a public blockchain,” specifies the bank.

Tezos blockchain is regarded highly by renowned institutions and companies in France. This latest development is a major one for the smart contract network.

This is not the first time that Société Générale has shown a particular interest in blockchain. In 2019, the bank issued a €100 million bond in security tokens via the Ethereum blockchain.

In May 2020, Société Générale reiterated by working with the Banque de France to issue a tokenized bond of 40 million euros, settled using an experimental digital currency from the central bank.

In October 2020, Société Générale announced that it was collaborating with ConsenSys to research the digital euro. Tezos has witnessed a bullish mini-run for its native token XTZ, which is up by 6% in the past 24 hours and is trading at $6.81.