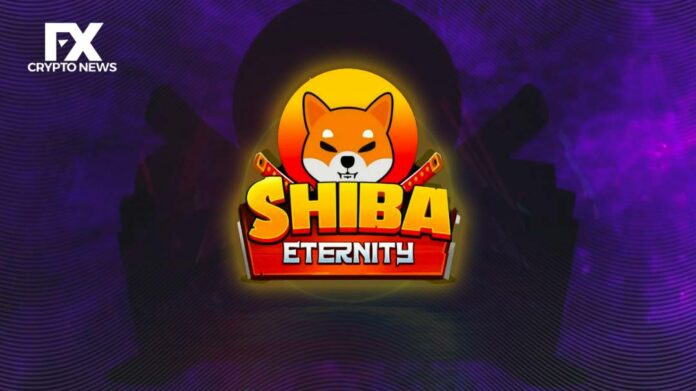 The gameplay guide, which was supposed to be released on November 2, 2022, was ultimately developed by SHIB’s lead developer, Shytoshi Kusama. The Community received an apology from Shytoshi Kusama for the one-day delay in a recent Medium blog post.

Shiba Eternity’s Guide was released by Kusama, who also noted significant achievements made recently by the game and gave the community a heads-up about a probable Beta launch for Shibarium – Layer 2 Solution.

Shiba Eternity has amassed over 250,000 downloads for iOS and Android, according to the senior SHIB developer. He said that the game’s over 100 issues had been fixed by Playside Studios, the Shiba Inu team, and game veteran William Volk, and that the update would be released later this month. Kusama further states that the group is getting ready to host its first-ever live tournament.

Shytoshi Kusama made the official announcement of the Shiba Eternity Players Guide’s release as a living document in a medium blog post. This means that the guide will be regularly updated as the development team releases new updates to the game. He confirms that the Players Guide is exactly 1150 pages long and that due to its length, it is distributed in four parts.

The blog post reads: “Due to the size of the document (1150 pages), we’ve been forced to break it into four separate documents.”

Additionally, the Shiba Inu team has updated the entirety of the Shiba Eternity Fandom’s lore on the game’s still-under-construction website. While playing the game, the fanbase will make it easier for users to find the document quickly.

To release something fresh using cutting-edge AI technology, the team came up with a unique NFT Drop made up of dozens of distinctive images. According to Shytoshi Kusama, he dubbed the NFTs “Shiba Eternity Lore NFT Drop” on OpenSea to prevent scammers from defrauding the larger Community. Each piece of art costs between .001E ($1) and 1000E.

Upon using AI technology in the images, Shytoshi Kusama noted:

“WHY AI you ask? AI has a place in the Shiba Ecosystem and it is vital that I am aware of its current ability and limitations. I won’t say much more on that right now.”

Shytoshi Kusama, the chief developer of SHIB, detailed his ideas for the Shiba Inu Ecosystem and acknowledged the impending beta launch of Shibarium in the medium blog post. He declined to provide a specific launch date but noted:

“I will shift my focus to advertising the game, the blockchain version, and Shibarium with Kaal as we quickly approach the Beta launch.”