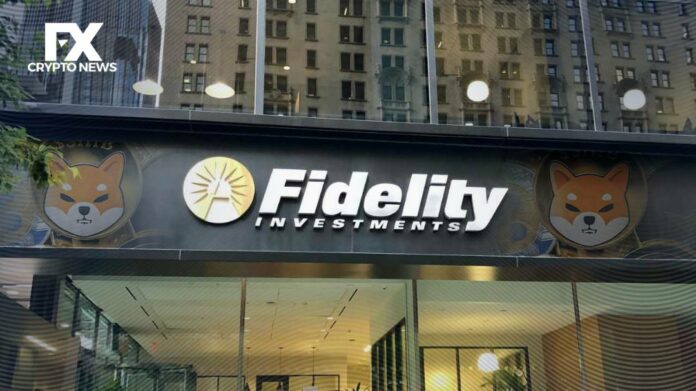 “Fidelity Crypto, in addition to the ability to purchase and sell Bitcoin and Ethereum in the @Fidelity App, the SHIBARMY requests that you integrate Shiba Inu as well,” @ShibPP quizzed.

Interestingly, the American financial services company replied to @ShibPP’s inquiry by stating that it presently only provides Bitcoin and Ethereum. The company also stated that it intended to increase the range of cryptocurrency it offered in the future.

Read more: SHIB and DOGE have been Top on Robinhood for Two weeks now

Fidelity Investments stated earlier this month that it would provide commission-free bitcoin trading services to its retail clients. According to CNBC, the company launched a programme called Fidelity Crypto, which enables ordinary investors to buy and trade Bitcoin and Ethereum. Through its subsidiary, Fidelity Digital Assets, the American financial services corporation will offer custody services for the supported cryptocurrency.

In a statement shared with CNBC, Fidelity said:

“Where our customers invest matters more than ever. A meaningful portion of Fidelity’s customers are already interested in and own crypto. We are providing them with tools to support their choice so they can benefit from Fidelity’s education, research, and technology.”

Fidelity started allowing its employees to use their 401(k) accounts to save a part of their retirement funds in Bitcoin on April 26.

Read article: The Rise of Shiba Inu: Past, Present and Future (Everything You Need to Know)

With more than $9.9 trillion in assets under management, Fidelity Investments ranks among the largest providers of financial services in the country. Shiba Inu would gain great acceptance among retail investors if the company ultimately decided to include the canine-themed coin among its cryptocurrency offerings.

The advocates of Shiba Inu have persisted in calling for SHIB’s widespread adoption. By posting a link to a Change.org online petition on their social media profiles, influencers played a crucial role in getting Shiba Inu featured on Robinhood. As previously mentioned, a request was made in the online petition for the commission-free trading platform to add support for SHIB. Curiously, Shiba Inu were finally added on Robinhood’s trading platform in April.