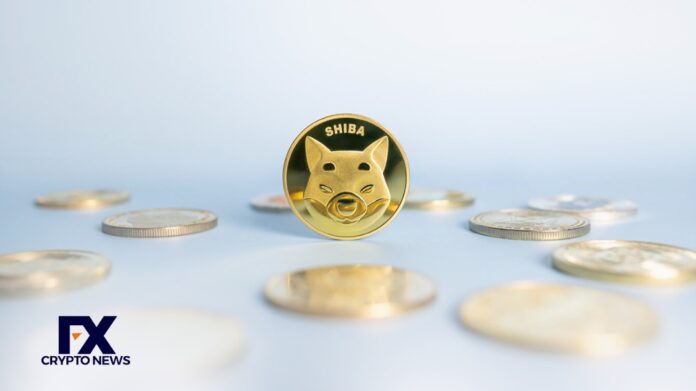 There seems to be no going back for Ethereum whales on their demand for Shiba Inu tokens. The accumulation of SHIBs has gone to a whole new level as another large holder recently purchased a considerable amount of the highly demanded SHIB tokens.

The cryptocurrency aggregator platform tweeted on its official page:

The Shiba Inu community got the positive update that their favourite memecoin, Shiba Inu, was listed on the Robinhood trading platform. The announcement saw the coin appreciate 30%. Furthermore, the currency, which was trading around $0.00002201, soared to a high of $0.00002870 when the news of the Robinhood listing became public.

It is interesting that whale traders who faithfully bough SHIBs over time earned their rich rewards with significant profits following the surge in the coin’s value.

Nevertheless, only a few Shiba Inu whales benefitted from yesterday’s rally as they continue to increase their assets and prepare for another imminent rally that can take place any moment from now.

Ethereum wallet trackers have recently increased the accumulation of the memecoin. Yesterday, two giant Ethereum whales, Light and Bombur, bought a colossal 393 billion SHIBs moments before the token’s value increased due to the Robinhood listing.

There is no secret why the interest in SHIB is high, given that the project’s developers are actively creating initiatives to confirm that Shiba Inu is more than a memecoin. For example, earlier today, Shiba Inu developers announced that investors can now participate in early access to its plots of land sales.