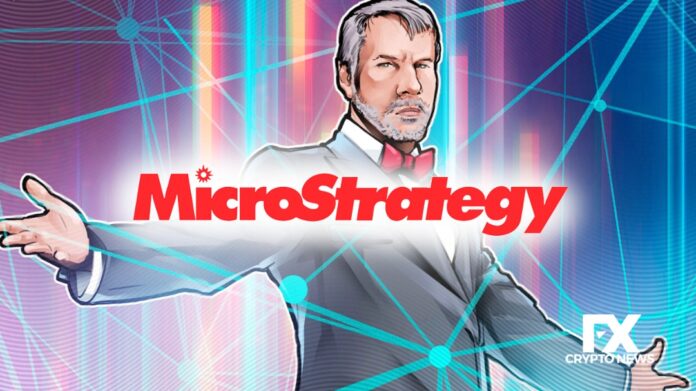 In a tweet posted yesterday, Michael Saylor, the founder of MicroStrategy, supported the claim that Ethereum faced the danger of collapsing like Terra.

Saylor made the remarks in reaction to a video posted on YouTube by fellow Bitcoin maximalist Matthew R. Kratter. In the video he uploaded with his 190k subscribers, Kratter suggested that Ethereum’s proof-of-stake consensus method leaves it susceptible to a Terra-like collapse. Kratter says staked ETH protects the network, but if prices fall and validators sell their shares in a protocol-level bank run, it may actually collapse.

“The lower Ethereum’s price falls, the more people will choose to unstake their coins, which further erodes Ethereum’s security and could lead to a death spiral,” Kratter wrote in the video description. “Regulators need to look into whether proof of stake protocols like Ethereum and Cardano are at risk of catastrophic implosions like Terra Luna.”

Saylor supported Kratter’s claims, who calls PoS protocols “inherently unstable, inefficient, opaque, and risky due to their fragile design” in his defense. In contrast, he praises Bitcoin as being stable, powerful, and getting more secure.

Read article: Terracvita Claims Its Roadmap Includes the Burning of Trillions of LUNC

It’s important to note that this is not the first time the promoter of Bitcoin has disparaged Ethereum and other altcoins. Instead, as several people pointed out in the comments, the CEO of MicroStrategy has made it a habit to do so much to the chagrin of Ethereum enthusiasts. Saylor has asserted that the Ethereum staking contract is an investment contract and that Ethereum is a security, pushing the US Securities and Exchange Commission to “pretty much shut down all of it.”

The Bitcoin enthusiast still promotes the notion that Bitcoin is the only “ethical” crypto asset and the best inflationary hedge. Based on this conviction, MicroStrategy, under his leadership, placed a $4 billion wager on Bitcoin, acquiring 130k BTC at an average price of about $30k over the course of about two years. The billionaire seems unconcerned despite the bet being nearly $1.6 billion in the hole at the current price.

Predictably, the Ethereum community has criticized his most recent statements, with supporters pointing out problems with Bitcoin’s proof-of-work concept or criticizing its lack of programmability. According to maximalists, Bitcoin’s rarely changing code is a strength, not a vulnerability.