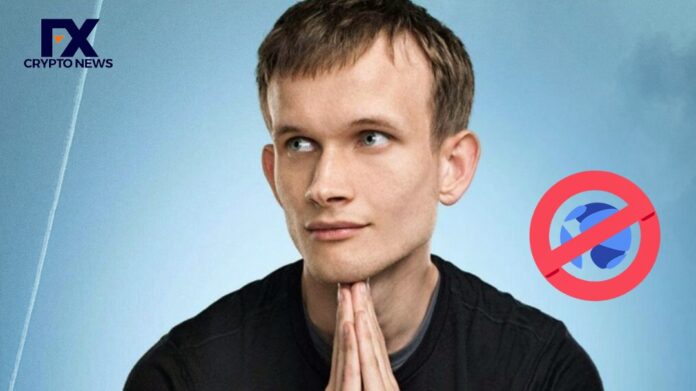 Co-founder and creator of Ethereum, Vitalik Buterin, stated his optimism while speaking with Fortune that Ethereum has what it takes to become a successful blockchain system.

The crypto market has experienced bullish and bearish runs since its launch over ten years ago. Ethereum, a top digital asset after Bitcoin, is currently undergoing a value decline after the coin dropped below $1,000 last weekend.

According to Vitalik Buterin, the current market-wide downturn that introduced the latest bear season isn’t the first and won’t be the last.

Ethereum is a prominent blockchain system that hosts many dApps and is even integrated with other chains. Additionally, it currently hosts the most significant number of protocols. Its native crypto, ETH, is presently the second largest by market capitalisation.

Buterin believed that market doom is vital for the market’s growth, especially in the blockchain sector.

Hard times allow developers to look around and see what’s happening within the market and their competitors. As a result, they learn a few things about how to strengthen their ecosystems. They see the faults in other systems and take steps to seal their flaws.

For example, platforms like Celsius and 3AC have experienced hardships during the current meltdown. Others can take this as a lesson and implement measures to avoid similar problems from befalling them in the future. The collapse of Terra is another hard lesson for the entire crypto and blockchain industry.

Buterin stated that the downturn could be used to tailor robust systems that will thrive during the good times and endure the successive downturns.

“The down periods are certainly challenging, though they are also often the periods where the most meaningful projects get nurtured and built.”

“Disruptive applications and technology released during a bear market, whether stocks or crypto or any business, will always find a market and succeed.”

Vitalik said that although the industry has a few setbacks, the positives outweigh the negatives. He mentioned the ease of sending money across borders currently enjoyed by people across the world using cryptocurrencies.

Ethereum Will Become a Successful Blockchain

While the current price slump has affected ETH negatively, its resilience has kept it alive. Over the weekend, the coin’s price fell below the $1,000 mark but has recovered to around $1,100.

“Ethereum will continue becoming a more mature and successful blockchain ecosystem ready to meet the hopes and dreams millions of people have for the crypto space over the next decade.”