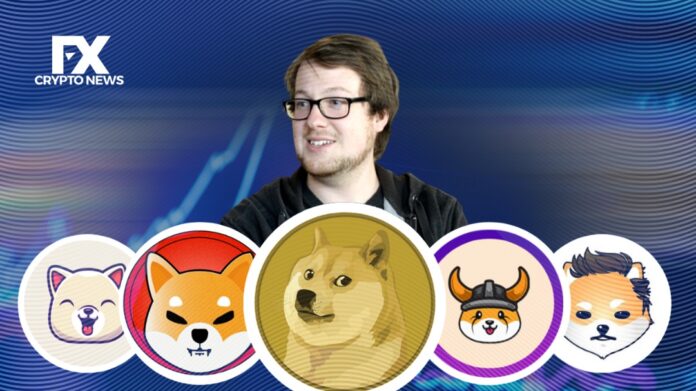 Many enthusiasts were surprised to learn that Billy Markus, the co-founder of Dogecoin (DOGE), is no longer on the team developing the world’s largest memecoin.

Today, Markus informed his new follower on the microblogging platform Twitter, who he believes are drawn to his account because they believe he is one of the memecoin’s lead developers.

The outspoken Dogecoin creator stated that he has not worked on the project in nearly eight years because he has been focused on assisting people in understanding the entire cryptocurrency market in its true nature.

“Since a lot of new people follow me, I wanna make some things clear:

– One goal here is just to help people see the crypto market for what it is. doing so in an amusing way is a bonus,” Markus noted on Twitter.

Markus Is Concentrating on the Entire Crypto Market

Markus stated that he has channeled his energy to helping people see the cryptocurrency market for what it truly is to have the perfect understanding after not working on the Dogecoin project for seven and a half years.

His tutoring of the cryptocurrency market is focused on “why [the market is] a blend of hopium, [fear of missing out], panic, scams, hype, irrationality, gambling, and silliness, with a small dash of utility sprinkled around.”

This comes less than a week after Markus stated that 95 percent of cryptocurrency projects are garbage and scams with no real utility. The statement sparked a heated Twitter debate, with members of the cryptocurrency community weighing in.

Markus remains committed to Dogecoin, despite a recent statement

Although Markus has not worked on Dogecoin in nearly eight years, he believes the memecoin is better and healthier than a few years ago.

He praised developers who have continued to add significant projects to the Dogecoin ecosystem as part of efforts to increase the coin’s widespread adoption.

Markus is one of the early proponents of adding Dogecoin to Twitter’s Tipping Jar service, which he believes will increase the coin’s adoption.