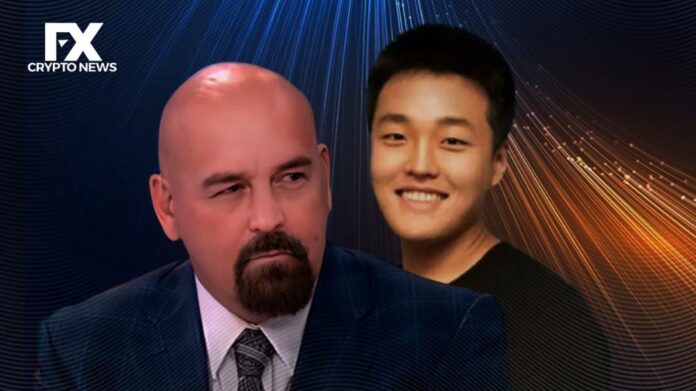 In Deaton’s opinion, the loss of savings due to the collapse of the Terra ecosystem does not upset the founder of Terra.

Attorney John E. Deaton said in a tweet today that Do Kwon has no regrets even though the collapse of the Terra ecosystem in May wiped out investor savings.

The opinion was sparked by a Twitter flurry about a segment from an impromptu UpOnly podcast episode about the FTX collapse. The Terra founder is told by Martin Shkreli, aka Pharma Bro, that “jail is not that bad,” Kwon can be seen laughing in response to what can be taken as a friendly jab.

It’s important to note that Kwon founded Terraform Labs (TFL), the organisation responsible for creating the Terra blockchain, which failed in May and shook the whole cryptocurrency market. Notably, at least $60 billion in investor funds were lost, which spread to the entire market and pushed crypto lenders like Celsius—who had major LUNA exposure—to their knees—costing non-LUNA investors their investments as well.

Naturally, these incidents led to prosecutors and regulators looking into Kwon, TFL, and the entire cryptocurrency market. However, the Terra founder has been given an arrest order by South Korean authorities on suspicion of fraud and violation of the Capital Markets Act.

The whereabouts of the Terra founder is still a mystery. In a previous report, prosecutors said that they had successfully revoked Kwon’s passport and that he was hiding as an undocumented immigrant in Europe.

In recent interviews, Kwon has kept up his claim of innocence. The founder of Terra maintains that he didn’t scam investors. The initiative didn’t succeed, though. Others, like FatMan Terra, a Terra whistleblower, think that even though Kwon wasn’t directly to blame for the TerraClassicUSD (USTC) de-pegging, he had purposefully made misleading statements to promote the now-defunct stablecoin, which is equivalent to deceiving investors.

To the dismay of his critics, Terra founder Kwon, who is still at large, mocked that he would hold a press conference to debunk what he called “falsehoods,” adding that the police and all of his opponents are invited. Kwon’s taunt came in response to reports that he was hiding as an illegal immigrant last Thursday.
Although Deaton reportedly jokingly mentioned trading all of his XRP for LUNA and putting his Bitcoin on Celsius in response to a troll, it is unknown if the lawyer ever possessed any LUNA. The attorney, who believes that anyone may have experienced the fall and that no one deserves it, has continued to express sympathy for the suffering of those who were impacted by it.

Hosky Up 11% In 24 Hours; Become Cardano’s Most Active Project