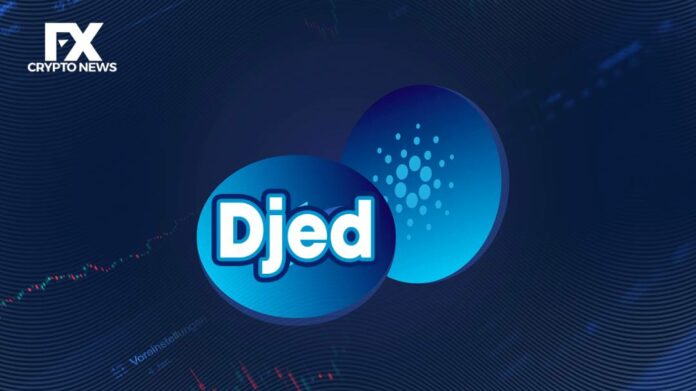 After months of anticipation, the algorithmic stablecoin Djed, issued by COTI, a blockchain payments network, will finally emerge on the mainnet in January 2023.

Shahaf Bar-Geffen, CEO of the payments network, made the announcement on Monday during the Cardano Summit of 2022, and COTI noted the development via its official Twitter account. This news comes after it was revealed that the earlier Vasil Hard Fork postponement had caused a delay in the mainnet launch.

“As announced by @shahafbg on the main stage at the CardanoSummit2022, we are excited to share that, $Djed, Cardano’s over-collateralized stablecoin will go live on Mainnet in January 2023,” COTI noted in a tweet, as it shared a Medium link to the official announcement.

The announcement states that the launch date has been set for January 2023 as a result of the comprehensive audit of the over-collateralized algorithmic stablecoin being successful. A payment platform and cryptocurrency payment gateway called Djed Pay was also introduced by the Cardano Foundation and COTI, enabling businesses to accept Djed as a means of payment.

The community was last updated by COTI on Djed development efforts less than two months ago. At that time, work was underway to adapt the off-chain code to effectively accommodate Cardano node version 1.35.x in a private test environment.

The importance of introducing Djed was highlighted by Bar-Geffen, who also underlined the effort put forth to ensure the stablecoin’s success, with cooperation from COTI and Input Output Global (IOG) contributing to its creation.

“Recent market events have proven again that we need a safe haven from volatility, and Djed will serve as this safe haven in the Cardano network. Not only do we need a stablecoin, but we need one that is decentralized, and has on chain proof of reserves,” Bar-Geffen stated.

According to the statement, out of the 40 collaborations that have already been formed, the stablecoin will be merged with a few particular partners and decentralised exchanges (DEXs) when it launches. Customers that use the stablecoin and contribute to its liquidity will receive incentives in the form of awards from the DEXs with which Djed will be incorporated.

Partnerships and Development Timeline for Djed

As reported, this highlights a few of the collaborations that were created concerning Djed before its launch to promote adoption. COTI disclosed five additional Djed collaborations in July after previously known ones.

A cooperation was established in August with market maker Cardano DEX WingRiders. Players will also be able to utilise Djed as a payment option rather than ADA, thanks to a relationship with the on-chain RPG game Cardano Warriors. Axo and Empowa have both expressed interest in incorporating the stablecoin.

The following development objectives for Djed in 2023, including the mainnet launch, were disclosed by COTI: