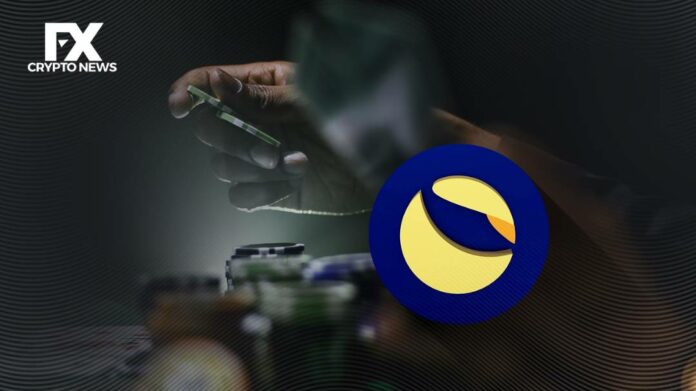 Conflicting accusations and claims are dividing the Terra Classic community before the launch of an online casino.

A senior member of the independent Terra Classic development team TerraCVita, Rex Harrison, or Rexzy, announced the unveiling of a casino on the network in a tweet on Saturday.

Rexzy revealed the casino and OWLDAO as its partner in the tweet. OWLDAO is the seventh-largest decentralised app in cryptocurrency.

Naturally, the community welcomed the new development enthusiastically, but this was before @terra_casino, also known as TerraCasino. Rexzy and the TerraCVita were accused by MONEY of stealing their vendor and launch partners.

During the OWLDAO review process, the group asserts that it turned to Rexzy for assistance. According to them, Rexzy and they had agreed to use his clout to secure their collaboration with OWLDAO; however, Rexzy then snuck behind them to steal the deal.

TerraCasino.Money’s lengthy thread triggered reactions from Key Terra Rebel members, which appeared to set the TerraCVita against the Terra Rebels. Tobias Andersen, as Zaradar, addressed Rexzy in a tweet with the phrase “Not Cool” in reaction to the thread. Vegas retweeted it as well.

Meanwhile, Rexyz claimed that Zaradar’s opinion was based on ignorance.

The absence of evidence from TerraCasino.Money, however, alarmed a few additional users to support its assertions.

OWLDAO published a Medium blog to address the allegations made by TerraCasino.Money and to provide clarification.

According to their statement, to avoid collaborating with rug pullers, OWLDAO makes every effort to collaborate solely with reputable community teams and groups that have a robust ecosystem and their own token. To this goal, OWLDAO disclosed that LuncWin had lied about being a significant TerraCVita member with connections to renowned community figures like Vegas and LUNC DAO.

The published chat receipts show that LuncWin could not secure these community members’ endorsement, so he could not demonstrate this. He also hinted at issuing a new token and NFTs while claiming to speak for the Terra Classic community, which raised red flags.

As part of the review process, OWLDAO discovered LuncWin had been promoting a demo of the OWLDAO casino to key community members. This was confirmed when they finally managed to get in touch with Rexzy.

“I have certainly not stolen LUNCWINS idea for this casino,” Rexzy asserted in a Discord chat in response to the allegations. “It was simply not there idea to steal, and they never had a relationship with OWLDAO. However, the indepth truth is that LUNCWIN simply could not pass the requirements of the master casino provider, OWLDAO.”

While TerraCasino.Money and LuncWin continue to refute this; they have yet to offer any proof to support their arguments.

Despite its statements to the contrary in communications with OWLDAO, LUNC DAO had also acknowledged that they do not have a link with LuncWin.

Additionally, in contrast to what TerraCasino.Money stated OWLDAO demonstrates that it has a Curacao licence.

Sues for Unity by Classy

Classy, a network validator and community influencer, has urged the Terra Classic community to once again come together as one in order to work toward a shared goal in light of recent events.

“Can we put aside our differences & work as we did before?” Classy urged in a tweet today. “What we’ve done is incredible thus far. Let’s keep it alive.”

LUNC Will Be Burnt By The Casino

Despite its controversies, Terracasino.io is scheduled to debut before December 1.

Additionally, it guarantees to burn 0.2% of its betting volume.
A report from fxcryptonews claimed that Rexzy’s casino might burn 26 billion Terra Luna Classic (LUNC) in six months.