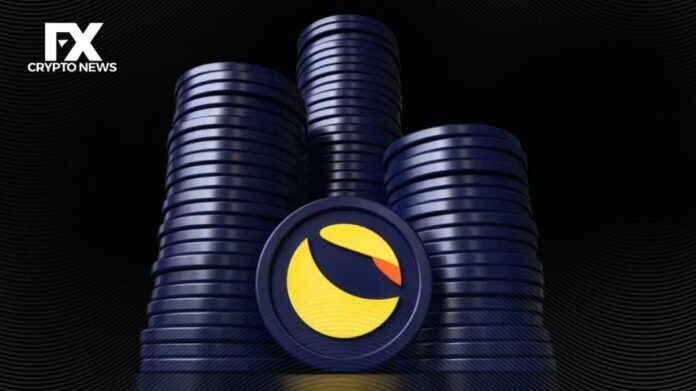 According to the developer’s blog post, Forshaw and a number of other community members who had initially embraced the opportunity to sign the wallet and handle the funds on the group’s behalf have opted out for a variety of legal concerns.

As of right now, the developer is suggesting to the community that they convert the assets to Terra Luna Classic (LUNC) and send them to the burn address.As a legal disclaimer, Forshaw recommends that whoever the community assigns the duty to be a well-known and identifiable non-US citizen.

The developer claims that this procedure will shield the community from legal risk, but he also points out that it does not give the community access to funds that it can deploy effectively for development.

In order to accomplish this, Forshaw suggests minting $2 million worth of LUNC and sending it to an on-chain multisig address in order to pay experienced devs.

Upon seeing the term “mint,” some users rejected the concept. It is not surprising given that the majority of the community is mainly unified by the shared objective to curtail the LUNC supply and restore value that was lost in the Terra crash in May as a consequence of excessive LUNC printing to stabilize TerraClassicUSD (USTC). As a result, LUNC had a quick decline from highs of over $100 to cents.

However, others such as HappyCattyCrypto, have argued that the assets carry much too many legal hazards. According to HappyCattyCrypto, those who consent to burning it may still be held responsible. The validator exhorts the community to blaze a new trail and give up the assets.

Duncan Day, a member of Terra Rebels, queried the necessity of the community assuming control of the wallet in order for the strategy to succeed. Duncan specifically questioned why the current holders were unable to perform the burn.

Furthermore, the reviews weren’t all harsh or unfavorable, either. As an illustration, one community member called it “a great idea.”

It is important to note that the $4 million in off-chain Terra Classic community assets have continued to spark heated discussions among the community over issues like decentralization, resource allocation efficiency, and developer compensation.