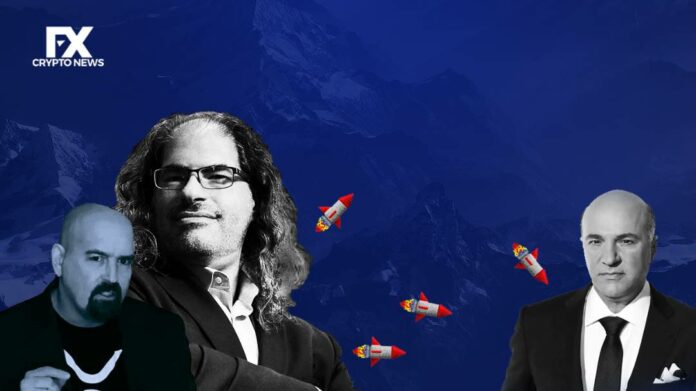 O’Leary asserts that Binance forced FTX out of business. Despite Sam Bankman-Fried’s recent arrest on fraud charges and a separate complaint from the US Securities and Exchange Commission alleging that SBF diverted customer deposits for personal use and supported Alameda, the shark tank star continues to make these claims.

“They [Binance] put FTX out of business,” O’Leary reiterated when queried about the reason for the FTX collapse, citing a feud between both exchanges.

Naturally, O’Leary’s assertions have surprised many participants and members of the crypto community.

Reaction From Ripple CTO and Others

Ripple CTO David Schwartz expressed disbelief that the Shark Tank star could make such statements in response to accumulating evidence of misconduct against SBF in a tweet in response to the clip released by CoinDesk. If Binance caused the FTX collapse, it was a “public service,” according to Schwartz.

“Does this man have no shame?…”

Attorney John Deaton referred to the Shark Tank star as a “clown.” He called O’Leary’s response a “disgrace” after being perplexed by O’Leary’s refusal to hold SBF accountable despite recent accusations.

In an attempt to understand O’Leary’s reasoning, a number of theories have emerged. There have been discussions about the $15 million the investor received to represent FTX crypto exchange. Meanwhile, TradersApprentice (@Trader4lyf) believes that O’Leary has a more direct connection to fraud at FTX. Changpeng Zhao, Binance’s CEO, may also agree with this viewpoint since he used an emoji to hint at the possibility in response to the rumours.

It’s important to note that the investor’s attempt to focus attention on Binance in the wake of the FTX collapse is not unusual. According to a previous report, O’Leary stated to CNBC that SBF had cited the Binance acquisition agreement as a contributing cause in the crypto exchange’s downfall.

However, the Shark Tank star startled the cryptocurrency community by declaring that, if an opportunity arose, he would invest in SBF once more.

FTX Token (FTT), valued at over $500 million at the time, was to be sold by Binance, according to Changpeng Zhao, early in November. Some experts argue that this choice sparked the bank run on the exchange, which eventually caused it to fail because it proved illiquid.