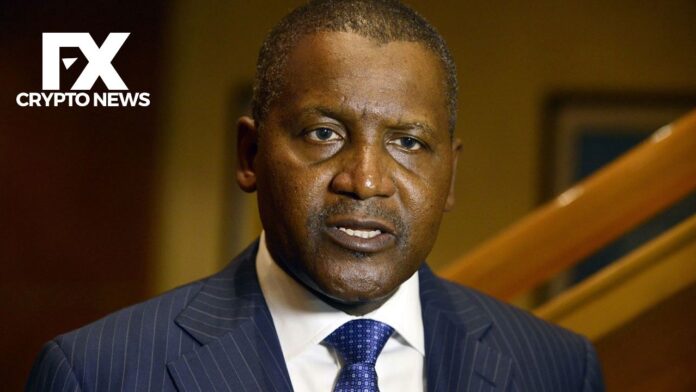 Business magazine Forbes has released their ranking of the top 10 billionaires in Africa for 2021. The list is an annual ranking of the richest people and has been published by Forbes since 2015.

The top 10 richest people in Africa made their wealth by investing in oil, gold, diamonds, cement, sugar, etc. Their combined net worth is $59.8 billion. The list is dominated by Nigerians and South Africans. There is a notable absence of women in this year’s list which contains names like Aliko Dangote, Abdul Samad Rabiu, Johann Rupert, etc.

Koos Bekker is the chairman of Naspers, a media group that operates in over 100 countries; it is one of the world’s largest technology investors. The company also holds an investment in Tencent, a Chinese internet and media company, according to Forbes.

Patrice is the founder and executive chairman of African Rainbow Minerals, which has interests in gold, platinum, etc. He also has shares in other mining companies such as Harmony Gold and Sanlam. He was the first Black African to appear on Forbes billionaire list in 2008. He is also the founder of African Rainbow Capital, a private equity firm which focuses on investment in Africa.

Sawiris is an Egyptian billionaire businessman. He is the chairman of Weather Investment’s parent company and the CEO of Orascom Telecom Holding.

Isaad rebrab is the CEO of Cevital industrial group, which is the largest private company in Algeria, active in steel, food, agribusiness and electronics.

Abdul Samad Rabiu is the founder and chairman of BUA group, a Nigerian conglomerate which concentrates on manufacturing, infrastructure, and agriculture. He is also the chairman of the Nigerian Bank of Industry.

Mike Adenuga is the founder of Globacom, which is the second largest telecommunication provider in Nigeria. He also owns stakes in the Equitorial Trust Bank and Conoil.

Johann Rupert is the heir and chairman of Swiss based luxury-goods company Richemont, the company is best known for the brands Cartier and Montblanc, and the South Africa based company Remgro.

Nicky Oppenheimer was the heir to the De Beers Group but he sold his family 40% stakes in 2012 for $5.2 billion.

Nassef Sawiris is the richest man in Egypt. He owns a 30% stake in the fertilizing producing company OCI, and a 6% stake in Adidas.

Stay connected with us at FXcryptonews for recent updates, news and events.