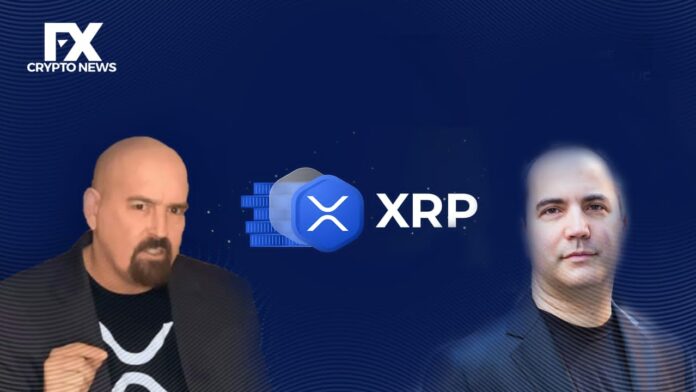 The XRP community eagerly awaits U.S. judge Analisa Torres’ decision on the lawsuit to establish if the crypto asset is a security after summary judgement motions, opposition, and responses were filed. Although the XRP community is hoping for a favourable decision from Judge Torres, other crypto stakeholders think Ripple will lose the lawsuit.

One of the crypto stakeholders that anticipates a loss in Ripple’s action against the Securities and Exchange Commission is Chia Network COO, Gene Hoffman. Hoffman recently tweeted that Ripple executives were warned that XRP constituted security by William Hinman, the former head of the SEC’s Division of Corporate Finance.

He urged the owners of XRP to get ready for “the post Ripple loss future” and tweeted a snapshot of the SEC’s assertion from the most recent summary judgment reply.

John Deaton, the founder of Crypto Law and a backer of Ripple, reacted to Hoffman’s assertion by promising to put it in the correct perspective using “facts.”

Further, he explained that on June 13, 2018, the day before Hinman made his contentious statement, SEC enforcement attorneys conducted a thorough investigation into XRP using the Howey test.

According to attorney Deaton, if the SEC had been certain that XRP constituted a security, Clayton and Hinman would have told Ripple executives. Deaton asserted that the organization failed to inform Garlinghouse and Schwartz that the SEC Enforcement lawyers had determined that XRP qualified as a security.

Read also: Ripple and SEC Case Concern May Have an Effect on XRP Volatility

Deaton adds that the SEC would have provided the XRP document as part of the discovery process to give the securities authorities an advantage in the legal proceeding.

Additionally, according to lawyer Deaton, Hinman and Coinbase’s security counsel met to discuss the exchange’s plans to list XRP in January 2019.

However, the SEC did not object to Coinbase’s listing of XRP on its exchange and promotion of its widespread adoption on February 25, 2019.