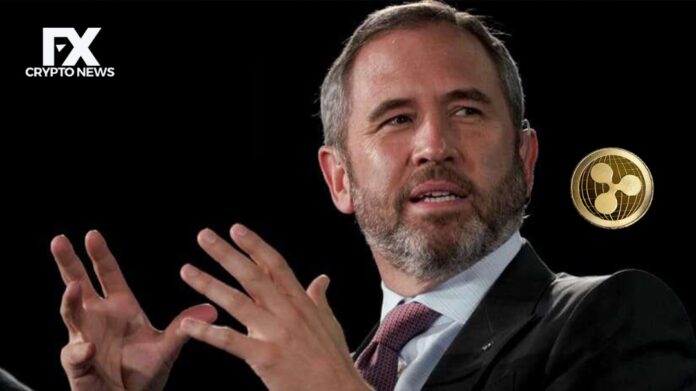 Brad Garlinghouse, the CEO of Ripple, expressed cautious hope in a discussion on Twitter yesterday that the US Congress will pass a framework for regulating cryptocurrencies in 2023.

Garlinghouse emphasized that Congress is not starting from zero because other organizations have introduced a bill that addresses various facets of the developing sector. Although the Ripple CEO admitted that no bill is perfect, he cautioned that waiting for perfection, in this case, could be expensive because Singapore, the European Union, Brazil, and Japan have already established clear regulations for the cryptocurrency industry.

He cites FTX as an example of a potential outcome and claims that the absence of regulatory clarity drives enterprises overseas, frequently to nations with lax regulations. The CEO of Ripple acknowledges that Congress has a massive tax, but he maintains that it is the correct thing to do for Americans who are still interested in cryptocurrencies.

“The 118th Congress has a historic opportunity before it to ensure the US remains an innovation leader for decades to come,” Garlinghouse surmises. “We hope it’s one they take.”

Read article: Why Is The XRP Price So Low? Explained by Ripple’s CTO

Importantly, Ron Hammond, director of government relations at the Blockchain Association, claimed in a different thread that Congress now has a “bad” impression of the cryptocurrency business. The Blockchain Association director claims that the business has regressed as a result of the failure of several crypto companies in the previous year, particularly in light of the fraud committed by Sam Bankman-Fried.

Remember that the disgraced cryptocurrency creator was a regular visitor to Congress and a significant donor to politics. The source and purpose of his donations have come under criticism as a result of revelations of fraudulent conduct that cost customers billions of dollars, prompting the members of Congress he backed to return or refund whatever campaign contributions they had received.

According to Hammond, skeptic congress members who saw FTX as representative of the entire crypto industry now fear passing laws will legitimize the industry, which they are trying to avoid. The director of the Blockchain Association, noting precedent with legislation approved in the wake of earlier financial disasters, notes that political pressure may drive Congress to take action in the wake of the FTX collapse.

Accordingly, Hammond believes lawmakers will likely pass a hybrid of new and old measures “if” they do so. According to him, FTX fact-finding will take precedence.
Hammond has voiced confidence in the industry’s lobbying efforts despite the present loss, adding that “crypto has a strong bench in DC.”