In just 24 hours, more than 34.20 million Shiba Inu (SHIB) were permanently destroyed, including 30 million SHIB in a single transaction.

The burn rate for Shiba Inu has increased by 820.84% in the last day. 30 million Shiba Inu were burned by one wallet.

According to the report, the mysterious wallet reportedly burned a staggering 30,000,000 (30M) SHIB in one significant transaction.

According to Etherscan.io, the massive burn transaction was carried out about two hours ago.

Furthermore, the aforementioned transaction increased Shiba Inu’s burn rate by 820.84 per cent compared to the previous day, when community-led burn initiatives could only reduce the circulating supply of SHIB by 3,714,331 (3.71M) tokens.

Despite the widespread selloff in the global cryptocurrency market, Shiba Inu successfully held onto its crucial support level at $0.0000093 on the daily chart. 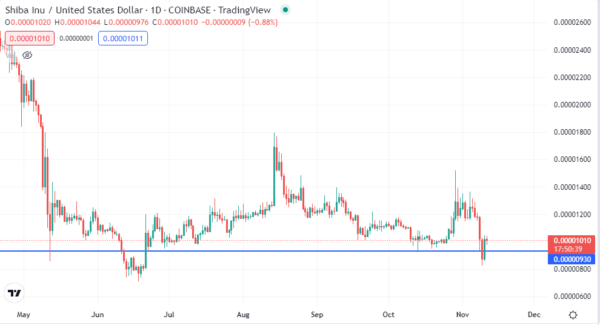