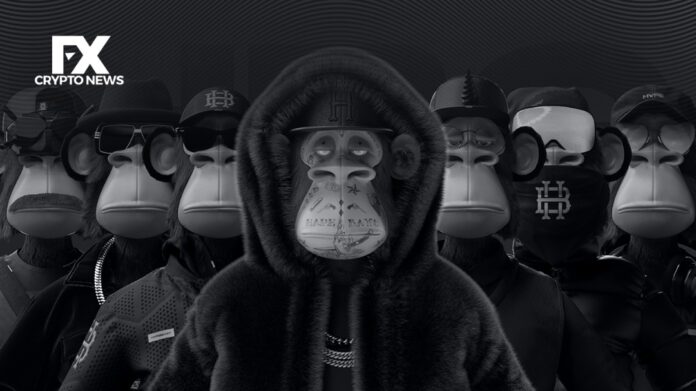 A restaurant that shows immense support for the Bored Ape Yacht Club has revealed that it will no longer be accepting crypto as a means of payment because of the ongoing crypto winter that has affected the cryptocurrency market in general.

According to Los Angeles Times, the recently opened Bored Ape Yacht Club theme restaurant in Califonia called Bored & Hungry announced that it has stopped accepting ApeCoin and other digital currencies.

This announcement comes after Bitcoin fell below $20,000 and Ethereum hung around $1,200 more than a week ago.

Initially, the restaurant was designed to reflect the popular cryptocurrency’s aesthetics, including plates with Bored Ape NFT paintings and walls decorated with memes. However, the restaurant announced in April that they would accept Ethereum and Ape.

The restaurant stopped taking payments in ETH or APE as both coins are down 60% from their all-time high. This development came after the restaurant started operations three months ago.

Los Angeles Times added that an anonymous employee said the store wasn’t accepting crypto payments and failed to reveal whether that option would eventually return.

In addition, the restaurant’s menu showed each item’s price in United States dollars and other cryptocurrencies being accepted there.

The few customers who were there when a representative from the LA Times attempted to engage them in conversation with cryptocurrencies showed almost little interest in it at all.

Instead, many individuals remarked that despite virtual money’s availability as a payment method, they continued to use conventional dollars instead.

Others are keen to save their Ethereum for the time when the market shifts, but other people do not comprehend the growing concept of crypto well enough to bother with it because of its complexity.

However, although the crypto market has crashed, buyers still want to purchase cryptocurrency. Moreover, at least one financial advisor is urging customers to join a business that has boosted employment. It remains to be seen whether Bored Ape is more than a supper for those people.

Read More: Cryptocurrencies and NFTs are 100% Based on the “Greater Fool Theory”: Bill Gates Says