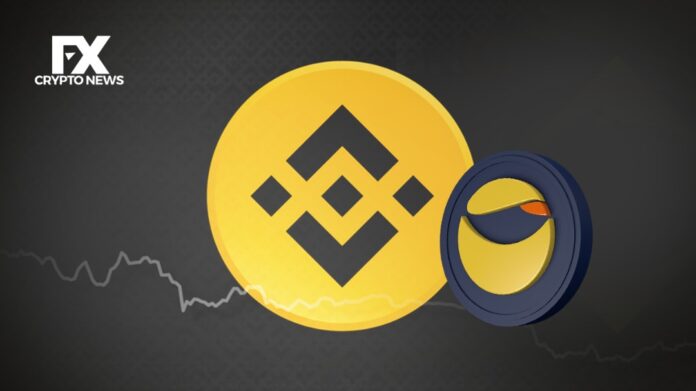 Binance Exchange CEO, CZ, has called the exchange investigation team to follow up on the claims levelled up against Terra. Moreover, Terra founder Do Kwon and his team are no strangers to controversy as they are under scrutiny by the Korean government.

A crypto Twitter user has spearheaded the criticism levelled against Terra, leading to Fortune Magazine referring to his tweets while interviewing the Binance boss.

This tweet is in response to an exposé by FatMan about Terra. In addition, the critic created an informative Twitter thread to prove that Terra manipulated markets and made people lose billions while paying off exchanges and other third-party facilitators.

FatMan also called out the president of Jump, Kanav Kariya, for being a puppet and operating a secret slack group. Next, FatMan pointed fingers at the CEO of crypto exchange FTX, accusing him of facilitating a 30% handshake deal with Serum, a DEX platform involving Jump to fleece retail investors.

“Terra VIPs like @stablekwonand@stablechenvhave created the perfect staking island for themselves where they have been earning jaw-dropping farming rewards unencumbered via insider trading, tokenomics adjustments, and barriers to entry. It’s been three whole weeks.”

The critic also believed that Terra had no plans to compensate small investors who lost their funds in the ecosystem’s crash.

Binance CEO, CZ, explained during the interview with Fortune Magazine that the exchange, including him, has been following the allegations about Terra and has created an investigative team to verify the claims.

According to CZ, Binance isn’t ideally a police force, but within Binance, they have an investigation team with access to a database for relevant analyses. The exchange also works closely with local enforcement agencies from all over the world where needed.

“I did ask our team to look into each of those allegations by FatMan. I told them to Look, based on the data that we have, and if we can draw any conclusions, we should share that with law enforcement. To date, we cannot confirm or deny any of the allegations. But we should help the community to track bad behaviour down and stop it. So, we do that type of analysis.”

Interestingly, FatMan tweeted that Binance.US has a pretty inefficient process for conducting due diligence and maintaining security. Binance.US is the US-based arm of Binance exchange.

The critic’s claim was aimed to dispute CZ’s belief that the exchange was capable of investigating Terra.

Terraform Labs, and Do Kwon are currently facing mounting legal issues in South Korea. South Korean tax authorities are looking to collect around $78 million from Do Kwon and his company in unpaid taxes.

In addition, the country’s parliament recently issued summons to Do Kwon to appear before lawmakers and explain what led to Terra’s collapse, where thousands of citizens lost money.

Also, CZ was not pleased with Do Kwon’s plan to create Terra 2.0. First, he criticised the creation of more Luna (now Luna Classic) tokens when the crash happened. Additionally, he stated that Terra should have burned tokens to reduce supply and shore up the price.

On its part, Binance took steps to suspend Luna trading. In a follow-up article, CZ called Terra’s decision to mint more tokens “The most stupid design flaw is thinking that minting more of an asset will increase its total value.”

A few days later, Binance announced its support for Terra 2.0 and the subsequent airdrop of Luna 2.0. Other exchanges supported it as well.